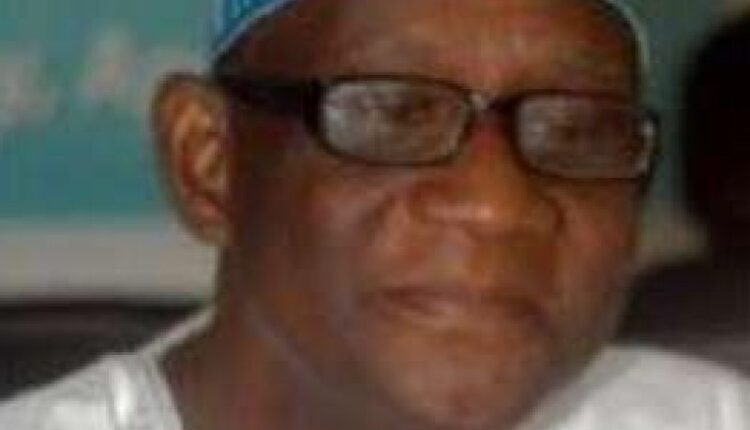 Ambassador Farhan Laari Bimi, Gone But Not Forgotten! These solemn words still echoed as we mark the 10th anniversary of the departure of the fearless advocate of human rights.

As your legacy stands tall in the democratic, political and the legal monument of the fourth republic.

Mr Bimi, former Chairman of the National Commission for Civic Education (NCCE), from 1998-2011, was Ghana’s silent democratic pillar and a sincere and truthful personality.

He was an epitome of simplicity, down to earth, diligent, magnanimous and a man of Integrity.

He was a rare gem, a real public servant in the true sense of the word. Yes, that was the Man the nation, Africa and the world lost on Friday, July 22, 2011.

It was around 2230 hours on that fateful day, when death laid its icy hands on the 66-year-old lawyer, teacher and civic educator. In accordance with strict Islamic tradition, his mortal remains were lowered into the grave, in less than 24 hours of his death, signifying the end of his life. However, his legacy still persists.

As one of the greatest democratic pillars under the Fourth Republican dispensation, late Bimi’s most cherished vision for Ghana remained the construction of a national monument to be known as Democracy House.

This building was to serve the whole of West Africa and probably the rest of Africa to facilitate the teaching and learning of civic education with the aim of empowering citizens on the continent to be democratic and civic minded.

He emphasised the need for people to pay special attention to the traditional system of governance and it’s inherent in peace building techniques for resolving conflicts.

The late Bimi believed that knowledge could be adopted at the national level to enrich the modern governance system in the country. The enormous energy he exerted to push the frontiers of civic education was exemplary and would be remembered by staff of the Commission for long time.

That was what the man was yearning for. Who will join the late Bimi to strengthen and broaden the democratic frontiers?

DEMOCRATIC DEFENCE OF THE CONSTITUTION

Way back in 2001, the late Bimi initiated moves for the defence of Ghana’s democratic dispensation by mobilising Ghanaians to understand the Constitution thereby breaking the myth surrounding the 1992 Constitution that it was the preserve of some professionals only.

At the inaugural lecture of the maiden National Constitution Week celebration, the late Bimi was instrumental in selecting the theme: “The Constitution and You,” which focused on: “Eight years of constitutional rule, challenges and prospects.’

In 2002, the celebration focused on: ‘The Constitution, Cultural Values and Good Governance,’ which explored the relevance of traditional authority in the contemporary democratic dispensation.

According to Mr Bimi, more than 80 per cent of the population was indirectly governed by traditional rulers but the Constitution failed to recognise it. He stressed that chiefs were not only guardians of culture but also the custodians of traditional values.

However, in spite of the significant position they occupy in the society, the consultation of chiefs as required by law particularly at the local level for nominations to the district assemblies had not been complied with.

He noted that “After 13 years of constitutional democracy, rights and responsibilities and laws on the vulnerable need to be deepened through civic education on a sustained basis”.

In 2008, the NCCE Chairman directed the celebration to examine: ‘The Sovereign will of the People and Election 2008.’

Stating that as the nation prepared for the year’s election “we deem it proper for this ritual to imbue the sovereign will of Ghanaians with the faith, tenets, traits and culture of constitutionalism for the deepening of democracy”.

The Right to Information Bill took centre stage at the Ninth annual Constitution Week celebration in 2009 on the general theme: “Beyond Elections: Citizens’ Participation and Government Accountability.’

Mr Bimi identified as thematic areas the Right to Information Bill, Election as an Essential Element of a Democratic Society, and the Challenges of Building a Culture of Effective Citizens’ Participation in the Contemporary Democratic Dispensation.

In 2011, the celebration on the theme: ‘The State of Ghana’s Democracy 2011″ focused on five sub-thematic areas-The Judicial and Justice System, Political Parties, Corruption, Decentralisation, and the Media.

Mr Bimi took the issue first with the country’s democratic practice when he described our governance system ‘as not yet democratic’.

He noted: ‘There is a semblance of the rule of law in the country and an adherence to some human rights. Parliament is somewhat functioning and the Judiciary is plodding on. The institutions of state appear to be functioning; civil society is harping on and occasionally struggling to be heard. Political parties are barely existing.’

He described corruption as a social canker that has affected both the public and private lives of the society thereby calling for a proactive measure rather than the defensive stance that some people have adopted towards its elimination.
Mr Bimi described as unacceptable the fact that people insulted the President on a daily basis when those same people gave so much respect and reverence to their chiefs.

Youth unemployment, he stated, should be addressed to consolidate the nation’s democratic gains.

‘Unless we take serious and frontal steps to address the deficits in our democratic practices such as youth unemployment, we run the risk of running into turbulence with unpalatable consequences.’

Speaking to the Ghana News Agency in Accra on the 11th Annual Constitution Week Celebration, Mr Bimi noted that the democratic development in the country since 1992 needed to be scrutinised for the citizenry to appreciate its prospects and any possible deficits.

He said: ‘Ghanaians need to develop the culture of democracy, the courage to resist violation of their human rights and the tenacity to resist dictatorship of all forms and, more particularly and fundamentally any overthrow or attempted overthrow of government.’

Mr Bimi noted that the Constitution was a testament to the tenacity of Ghanaians throughout history to maintain their liberties and freedom, and to ensure those inalienable rights to every citizen.

THE JUDICIARY AND LAARI BIMI

It will be recalled that at NCCE a forum in April 2011, the late Bimi, Dr. Raymond Atuguba, a Senior Law Lecturer and then Executive Secretary of the Constitution Review Commission, and Mr. Abraham Amaliba, then at the Legal Resources Centre made some revelations on corruption in the Judiciary.

The Association of Magistrates and Judges of Ghana Judges (AMJG) filed a petition at the Disciplinary Committee of the General Legal Council asking the Lawyers to prove their corruption charge or forever keep their distance from the Courts of Ghana.

After a lot of back-and-forth, the AMJG withdrew the petition and granted the affected Lawyers unfettered access to all the Courts of Ghana.

The Ghana Bar Association also condemned the allegations of corruption levelled against judges by the group of lawyers, in a statement signed by Frank W. K. Beecham, National President and Peter R. Zwennes, National Secretary, at the time.

Late President John Evans Atta Mills described him as a ‘patriot and hard worker…someone who rendered selfless service to the nation and was forthright without hesitating to express his views. The nation had lost a son who exemplified the best, and also stood for peace.

Then Vice President John Dramani Mahama said the late Bimi would be remembered for the ‘good works he left in the sands of time’.

Former Chief of Staff under the Rawlings regime Nana Ato Dadzie, a close friend of Mr Bimi, described his demise as ‘very shocking; I broke down and wept like a baby’.

Staff of the NCCE, remarked that his death would greatly affect their work.

Mrs Augustine Akumanyi, a former NCCE Deputy Chairperson said: ‘It was a terrible blow…he was a very strong will person, and I knew he will fight but he lost it. Was a very kind hearted man and a pillar of support.’

His younger brother Dr. Langbong Bimi said: “I don’t know which adjective to use, it’s a big shock, a big tree has fallen”.