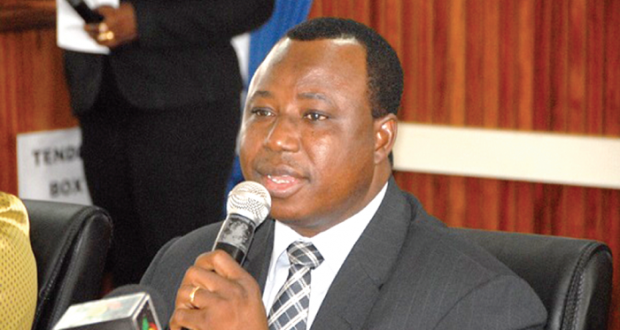 Mr Joseph Whittal, the Commissioner, Commission on Human Rights and Administrative Justice (CHRAJ) has urged the Government to ensure the passage of the Aging Bill to take care of the elderly in the country.

He noted that family systems were breaking down with huge financial burdens on a few breadwinners, making the situation of the aged “deplorable.”

Mr Whittal said this in an interview with the Ghana News Agency in Accra.

The Bill, when passed into law, will address the loopholes in the National Health Insurance Scheme that do not favour the aged, 70 years and above.

It will also place some ageing-related diseases like arthritis, diabetes, and cancers under the Scheme.

The Bill would also enable the aged with mobility issues to access government facilities and buildings without struggle.

Mr Whittal said it was unfortunate that though Ghana was advancing as a lower-middle-income country, some indicators were not good, saying, “we are just ticking the boxes and not being realistic.”

He observed that many social intervention policies being implemented in the country did not cover the aged “well” and stressed the need for the Government to fast-track the passage of the Bill and, also implement the Aged Policy well.

Mr Whittal said everyone was ageing and that it was important for Government to ensure that the Bill was passed, especially, as the component of the public service who were on regular pension was only three per cent.

The CHRAJ Boss said Ghana had about 1.6 million citizens who were aged 65 and above, therefore, the anticipation was that by 2025, more than 2.5 million Ghanaians would also be above 65 years and said Government must not “sleep on its responsibilities towards the aged.”

“Aging comes with complications of health, loneliness, poverty and to some extent abuse. So, if we leave the aged to fend for all these, then we may not be called a caring government and that goes for all governments.”

He said it was unfortunate that the Livelihood Empowerment Against Poverty (LEAP) Programme being implemented by the Ministry of Gender, Children and Social Protection (MoGCSP) did not cover all aged people nationwide and called on Government to consider going beyond cash grant and put in place enduring systems that could take care of the aged.

“That is why we are seeking that all those issues of the aged are brought into the Bill to address ageing not as if the aged are being given freebies but because it is only right for the nation they have worked for and developed to this state, which they now have to exit, to hold them up and support them in times of need,” he said.

The Commissioner, therefore, called on the MoGCSP and the Office of the Attorney General to, as a matter of urgency, bring the Aging Bill before Parliament for passage, adding: “Because it will affect all of us irrespective of political partisanship or ethnicity, and when we are old, we can take advantage of what the law has put in place for all of us.”

He described what had delayed the passage of the Bill as an “inertia” from the sponsoring Ministry and Parliament in looking at the importance of the Bill when passed.

“We as a country are very eager with a rush to pass the bills that can bring money and loans and others to execute our programmes but a number of countries have the ageing bill that addresses these issues of importance,” he said.