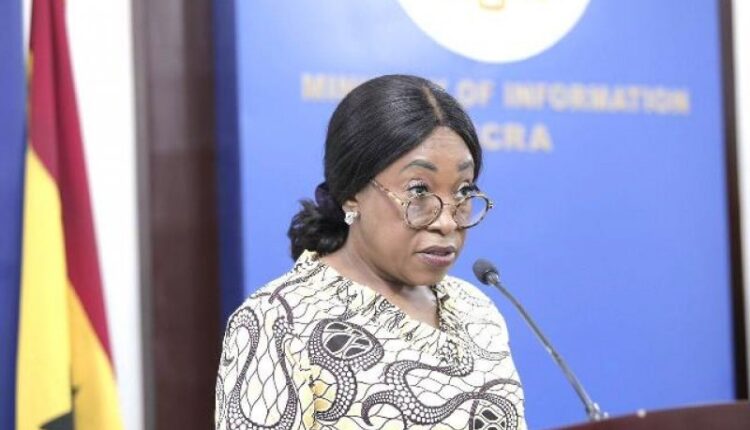 The Authority of Heads of State and governments of ECOWAS will hold an extraordinary summit in Accra on Thursday, September 16, 2021, to discuss the political situation in Guinea.

This follows a visit by a high-powered ECOWAS Delegation to Conakry, Guinea, on Friday, September 10, led by the Chair of ECOWAS Council of Ministers, Mrs Shirley Ayorkor Botchwey, to meet with Chief Junta Lieutenant-Colonel Mamady Doumbouya and ousted President Alpha Conde, to ascertain the political situation on the ground.

In that regard, the Leader of the ECOWAS Delegation to Guinea would present its report on the findings before the ECOWAS Leaders during the Summit in Accra.

At a news conference in Accra on Wednesday to brief the media ahead of the Summit, Mrs Shirley Ayorkor Botchwey, Ghana’s Minister for Foreign Affairs and Regional Integration, said 13 Heads of State were invited but seven had confirmed their participation.

President of Liberia, George Weah has already arrived in Ghana for the summit.

The leaders of ECOWAS would review the report from the delegation and take a consequential decision on Guinea towards restoring constitutional administration in that country.

The Group accused the President of amending the Constitution to extend his tenure for a third term while perpetrating injustice regarding the sharing of the national resources.

ECOWAS also requested the release of the ousted Guinean President from custody.

Mrs Botchwey, providing a gist of the Delegation’s findings in Guinea, said the delegation met with the ousted President and realised that he was physically healthy but psychologically traumatised and still in a state of shock following the coup.

Answering questions from journalists on the commitment of ECOWAS Leaders to democracy, Mrs Botchwey said ECOWAS was committed to the rule of law and democracy since all the 15 nations had signed onto the ECOWAS’ Protocol on Democracy and Good Governance and were required to observe the principles and tenets of democracy.

However, she observed that some heads of state and governments in the ECOWAS Community were not adhering to the provisions in the ECOWAS Charter and was of the belief that measures should be taken to amend the Charter to make it extremely difficult for sitting Presidents to amend their countries’ constitution to extend their tenure.

She also expressed concerns about the former ministers of Guinea whose bank accounts had been frozen by the military junta while their passports had been seized.