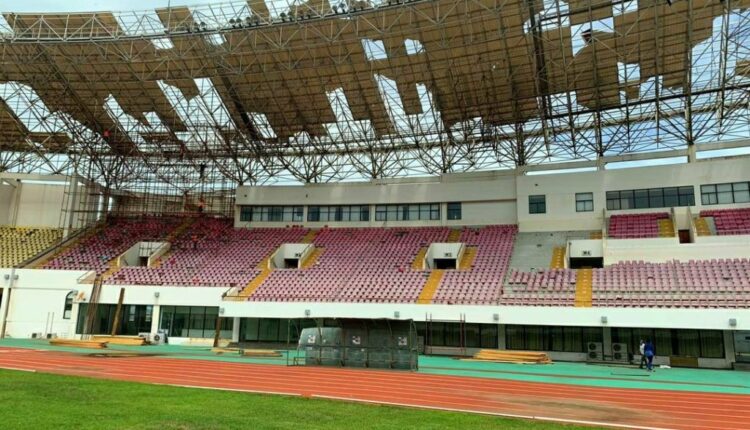 The former Minister of Sports, Isaac Asiamah revealed that the Government of Ghana will spend over US$3 million to complete the first phase of the renovation of the Essipong Sports Stadium.

The Essipong Stadium has been in a deplorable state since it hasn’t had renovations since its completion for the 2008 Africa Cup of Nations.

This will be the first time the stadium will be undergoing renovations since it was built.

During the 2022 budget presentation at the parliament on November 17, 2021, the Finance Minister, Ken Yaw Ofori-Atta announced that a number of some National stadiums are undergoing renovation which the deplorable Essipong Sports Stadium is now at a 90% completion stage in relation to its renovation.

However, some residents were not pleased with the Finance Minister’s statement as they believe, the renovation been done at the Essipong Stadium is nowhere near 20% complete not to talk of 90% according to their observation.

They vented their displeasure towards the 2022 budget in relation to developments concerning the Western Region and the fact that the Essipong Stadium was mentioned to be 90% meanwhile that is not what they picture when they observe the project.

Mr Kwabena Okyere Darko-Mensah, the Western Regional Minister speaking on Skyy Power FM’s Jolly Breakfast Show on Thursday, November 18, clarified the budget statement and indicated the 90% is the only first phase of the renovation project which has to do with the roofing and the rusting.

“The first phase involves the rusty nature of the roof, maintenance of some of the seat areas and drainage works,” he said.

He indicated the second phase of the renovation process will begin soon and that will entail some major redevelopment as they are looking forward to the private sector taking over the project.