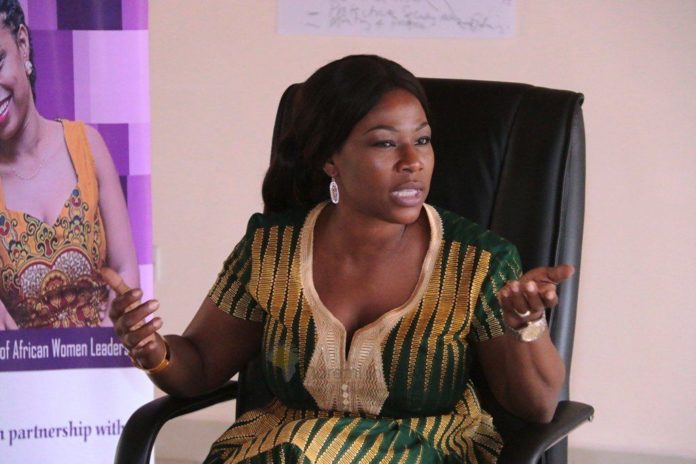 An Aspiring Member of Parliament of the NDC for Essikado Ketan Constituency, Dr. Grace Ayensu–Danquah says she has the solution to the constant defeat of the party in the constituency.

According to the US-based Medical Doctor, the party has lost touch with the polling stations which are the foundation of the party, and she hopes to rekindle that, and form a stronger and formidable force to propel the party to victory in the 2020 general elections.

“Our grass root is not functioning; there is no meeting, no coordination and unity. That has been the bane of the party over the years,” she noted.

Dr. Ayensu –Danquah is contesting for the parliamentary primaries of the NDC in the Essikado-Ketan Constituency, and has been speaking to Skyy News on her chances in the contest, which comes off on the 19th of this month.

She said the party can’t continue to always do the same thing everyday and expect results; there should be a change which includes assisting the grassroot with skills training and capacity building.

“We should move from an era where we implement old policies which have not worked; it’s time to have a paradigm shift by motivating the grassroots to meet our opponents squarely,” she posited.

Dr. Ayensu was optimistic that being the only woman in the contest, all women delegates will support her candidature, and eventually win the primaries. She said that her team has met all delegates in the constituency, and have clearly spelt out her vision for the party and the people of Essikado-Ketan, adding that her message has gladly been accepted by all.

She noted that “for about twenty (20) years, nothing really has been done in areas of roads, social and economic lives of the people in the constituency. I am the first woman aspiring to be an MP in the constituency, and I believe that women who form about sixty-two percent (62%) of the population, and I believe they will support me to win the seat after the primaries”.

She also revealed that the women’s wing and ward executives, under her tenure, will be strengthened to generate income for their activities.

Midyear Budget Review: Prices of Petrol, Diesel to go up by...

LIES WE TELL OURSELVES WHEN HOLDING ONTO A BAD RELATIONSHIP