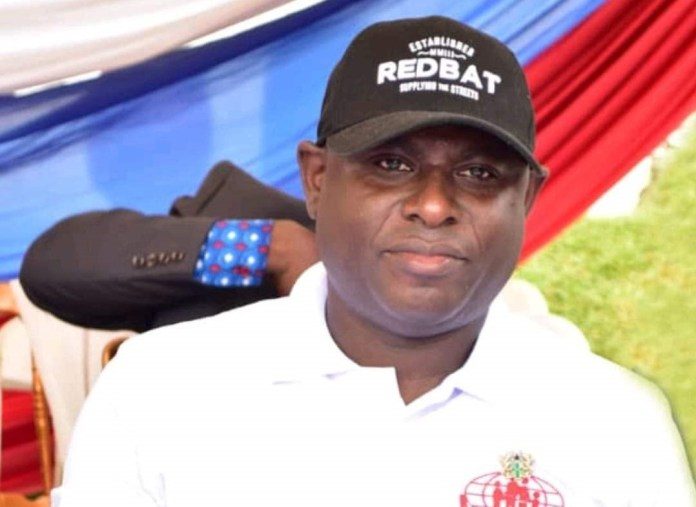 Information available to Skyy News indicates, Mr. Gilbert Asmah was sacked as the MCE for Tarkwa-Nsuaem Municipal Assembly because of a rift that existed between himself and the Member of Parliament for the area, Mr. George Mireku Duker. The two, according to sources, have refused to work together in unity and this has affected the development of the area.

This was revealed by a member of the Tarkwa-Nsuaem Municipal Assembly, Paa Kwesi Ephraim in an interview on Skyy Power FM’s Jolly Breakfast Show with host Samuel Kojo Brace.

Other information available indicates that under the watch of the MCE, nineteen (19) out of the thirty (30) members of the assembly were voted from the camp of the NDC with the NPP having the minority of eleven (11) members. The situation has affected decision making process in the assembly, thereby retarding development.

According to Mr. Ephraim, other allegations are that the MCE influenced majority of the Assembly members to reject the NPP Constituency Secretary, Mr. Benjamin Kesse as Presiding Member for the assembly. The assembly has since been operating without a presiding member.

Mr. Benjamin Kesse, after failing to secure the required votes to become the PM of the Tarkwa-Nsuaem Municipal Assembly on three consecutive occasions has now been nominated by the President to take over as the MCE. But according our sources, some assembly members have predicted that Mr. Benjamin Kesse may suffer the same fate as he suffered during the PM elections, now that he’s coming as the President’s nominee for the MCE.

The President Nana Addo Danquah Akuffo Addo in a letter signed by the Minister for Local Government and Rural Development, Hajia Alimah Mahama, yesterday terminated the appointment of the Municipal Chief Executive for Tarkwa, Mr. Gilbert Ken Asmah with immediate effect. The termination letter refused to spell out reasons leading to the revocation of his appointment.