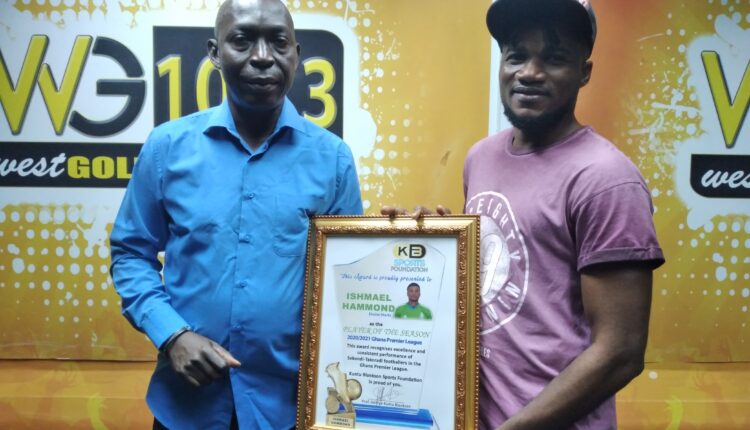 His consistent performances earned him the honour as the best Sekondi/Takoradi based player in the premier league despite his club Elmina Sharks not having a smooth run throughout the season.

They forcibly maintained their status as an elite divisional club by virtue of the final day fixtures.

Captain Ishmael Hammond was very consistent and exceptional the season under review.

Ace broadcaster Prof Kuntu Blankson started these awards in 1994 and it has helped teams, players officials et al to compete at the top level.