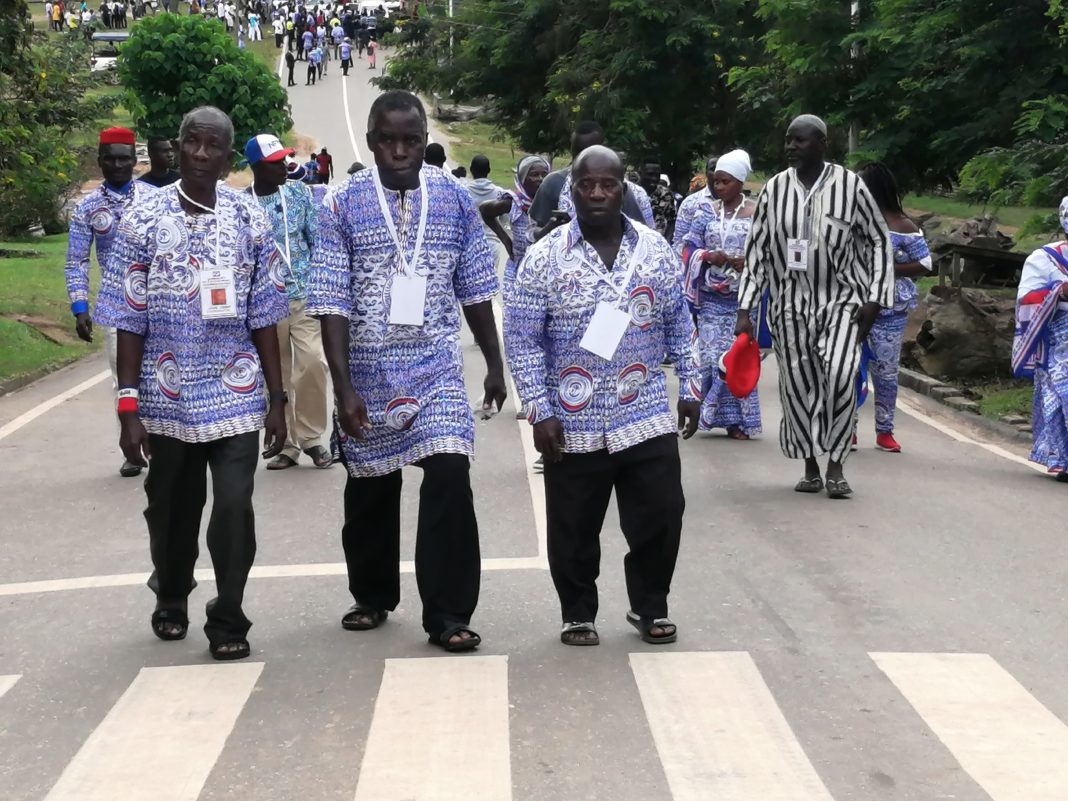 More than three hundred delegates of the New Patriotic Party in Ellembelle- Constituency were seen claded in a unique fabric that bear the colours and iconic elephant emblem.
The clothing has been identified as a unique signature for supporters of one of the candidates contesting for the parliamentary position.

Steven Blay, a former secretary of the party in the Constituency who was seen in one of the fabric told Skyy News that the fabric was printed and only won by loyal supporters of Kwasi Bonzo [DCE for the area].
He said that Mr. Bonzo is the purest choice to represent the party in the coming parliamentary election. He said, it is deserving of him to be given the opportunity, as he had proven to be a trust worthy and competent one to haul the two-time parliamentarian for the NDC, Emmanuel Armah Kofi Buah.

Three; Kwasi Bonzo, Anna Horma Akaisi Meizah, and Isaac Menlah are contesting for the parliamentary position. Political pundits have scored that the contest is chiefly between Mr Kwasi Bonzo and Anna Miezah [currently the Treasurer for the Western Region, NPP].

About 649 delegates are expected to cast their vote in today’s primary.
But Mr Blay is confident of a victory for Mr. Bonzo.

“He will win more than 400 votes of the candidates” he said.

But Ishmael Avor Miezah, a member of Ms. Anna Horma Akaisi Miezah, said here their candidate would give a positive margin of more than twenty votes.

The auditorium was charged as Mr. Bonzo entered. Watch video below.