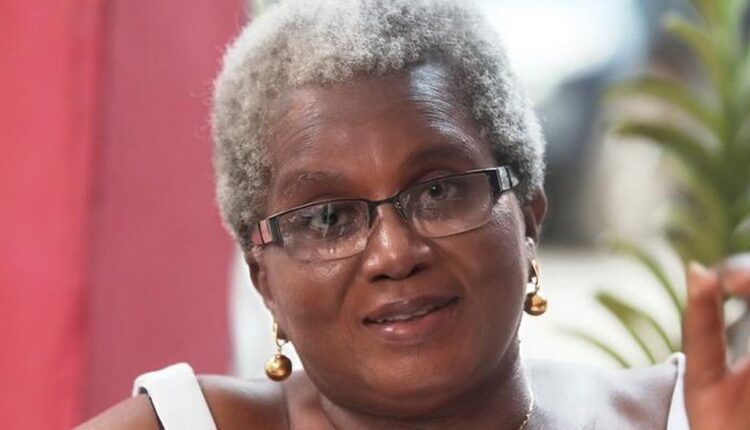 Elizabeth Ohene has reacted to the BBC broadcast titled, “Ghana’s free speech crackdown,” in which the international broadcaster touched on: “a number of Ghanaian journalists and influencers have been arrested in recent years – with several recent high-profile cases. Critics say freedom of speech is under threat.”

Back in January 1982, I was forced to leave Ghana in a hurry because I heard on the car radio, a directive from the new authorities that had overthrown the constitutionally elected government that I should report at the Military camp.

I had written an article in the state owned newspaper on which I was working, that it was up to the people of Ghana to vote out the government if they were not satisfied with the performance of the government and no group of soldiers or people had the right to overthrow the government and tell us how badly it was doing.

I mention this just to make the point that I have been at the receiving end of the intolerance of the expression of divergent views.

A lot of water has passed under the bridge since January 1982 and Ghana now prides itself on being a multi-party democracy with a vibrant press.

I will also mention that I have also worked with the BBC for 14 years in the interim from 1986 to December 2000.

I should also mention that I have also been in government, serving as a Minister of State in Ghana from January 2001 to January 2009 and I continue to be a front line member of the political party that is currently in power.

Okay, having got all that out of the way and thereby firmly planting my prejudices, I can tell you what I find worrying about this programme.

The BBC is primarily a news organisation and those who work there and make programmes are primarily journalists.

We do not expect that the BBC would only defend journalists and programmes from other jurisdictions that meet its own standards.

But when the BBC starts a programme that purports to be about Ghana’s free speech being under attack, with a man whose claim to fame seems to be how scurrilous he can be about his opponents, who makes no attempt to be factual and who uses the most obscene language to describe Ghana’s First Lady at every opportunity, I have to wonder about the BBC.

Have the editors of the programme determined that this is a journalist, doing a professional job who is being muzzled and attacked?

Then there is the second person who is cited.

I perfectly understand that for the BBC, someone who is a PhD student in Cambridge is in a rarefied stratosphere and cannot and should not be challenged by the authorities of a Third World country.

Did the editors of the programme take into consideration in making a judgement about Mr Barker-Vormawor that he had worked in the office of the two preceeding Presidents who are in opposition to the current government?

A bit of history here again might be useful.

Back in 1981, the BBC did a programme on how the authorities in Ghana had the security services following Flt-Lt Jerry Rawlings and his friend Capt. (Rtd) Kojo Tsikata on suspicion they were plotting the violent overthrow of the government.

The 1981 programme lamented the abuse of freedoms under the Constitution.

Not too long after this programme was broadcast, a coup was staged, the government was overthrown and Flt-Lt Rawlings and Capt Tsikata were the architects of that coup.

Another bit of history to further make the point.

Before I joined the BBC in September 1986, I had established a weekly newsmagazine on West African affairs in London that I called Talking
Drums which I ran between August 1983 until July 1986 when it collapsed.

During this time, there was the miners strike in the UK. I wrote in the Talking Drums an article, that said if the things that were happening in the UK had been happening in Ghana, some would have said conditions were ripe for a coup d’etat and there would be enough justification for the coup citing the daily complaints made by Mr Arthur Scargill about police brutality.

I remember the BBC World Service invited me to be interviewed, they were so shocked, or would it be scandalised, that I would make such a suggestion of a possibility of a coup in GREAT Britain.

I lived in the UK when the Council Tax was introduced, my recollection is there was stronger objection to it than anything I’ve seen against the ELevy here.

I don’t remember that anyone suggested the British Army should therefore intervene to save the suffering British people.

The editors of this programme think campaigning against a tax measure means advocating for a military overthrow of an elected government?

Would that be because this is a West African country and not Great Britain?

The third person’s experience cited in the programme, I’m afraid was unknown to me and I’m now trying to find more about it.

All the same, the events recounted by Mr Lateef sound to me like Police misconduct more than government trying to clamp down on free speech.

This current government in Ghana has been trying to clamp down on illegal mining since it came into office in 2017. As a result of this policy, it lost many parliamentary seats in the 2020 elections when the opposition party campaigned in the mining areas, they would stop the clamp down if elected.

It’s difficult therefore to see how a journalist doing stories on illegal mining would attract the ire of the government to lead to the journalist being targeted for manhandling.

It says in the programme at many points that the government had been asked for comments and had not offered any.

The National Media Commission, which is the independent, constitutionally mandated body that deals with issues of press freedom
and the protection of journalists was also not contacted for comments on your programme.

I am very sorry to have to say that I am not impressed with your reliance on the West African Media Foundation. Unfortunately, they are no longer
in my estimation, in a position to offer unbiased opinions on this government. Nothing wrong with such a position, just as long as it is
labelled as such.

I did not intend to write such a long treatise and I apologise. I feel strongly about the BBC, having spent such a long part of my working life with the
organisation.

The BBC used to always have some history and context. These days, it’s hard to discern that sometimes in your programmes.