JOSPONG Group through its subsidiary; Zoomlion Limited, has expressed interest in a waste recycling plant in the Effia Kwesimintsim Municipality of the Western Region, Chief Executive for the area, Kojo Acquah has revealed. The project would be sited at Assakae; a peri-urban community of the municipality.

Mr Kojo Acquah disclosed in an interview with host of the Jolly Breakfast Show, Samuel Kojo Brace that, a twenty acre land has been secured from the chief of Assakae for the project. He disclosed that the necessary arrangements are almost finalised for the project to commence.

He is optimistic the project, when completed, would improve waste collection and management for the municipality and other sister districts.

“..this would solve our refuse problem. I must say that the waste generated in the municipality would not be enough to feed the plant. We will have to import some as far as Tarkwa to augment input” he added.

He mentioned that a meeting is scheduled with JOSPONG to conclude on the proposal.

Albeit, he said, an Italian firm is being assessed for the project, and that might be considered if the local company [JOSPONG] withdraws from the deal.

The municipality and that of the Sekondi Takoradi Metropolis has for years been inundated with waste management issues. 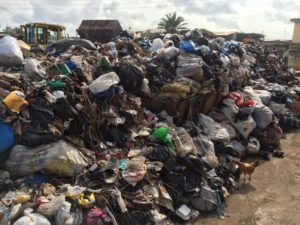 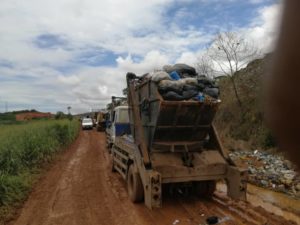 In the meantime, the sister districts will have to do with the Sofokrom waste landfill site. However the problem with this facility, is the bad nature of the road. Waste trucks are often packed along the road to the landfill site due to the bad nature of the road, especially when it rains. Just recently, a tripartite committee from parliament; Environment, Science and Technology, Works and Housing, and Local government and rural development committee of parliament, observed with wary the extent to which the facility was being managed. They scored that the facility is a threat to the health of the people.