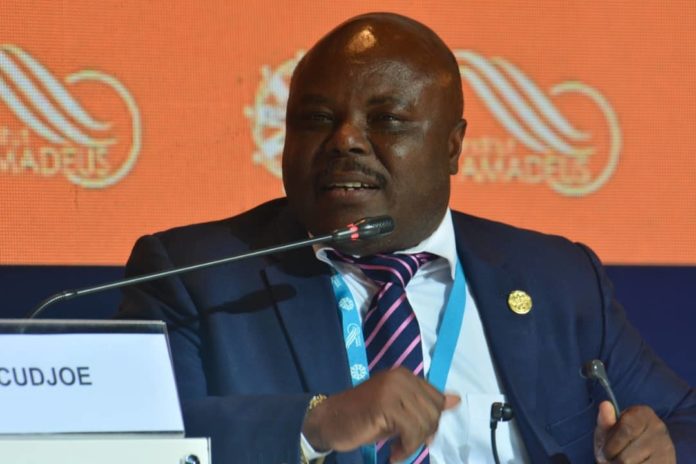 The Member of Parliament for the Effia Constituency of the Western Region, Joseph Cudjoe has supported the bid of one of the Western Region’s representatives in the finals of this year’s TV3 Mentor Reloaded, Chichiz. The MP has donated a total sum of four thousand, two hundred cedi (GHC4,200.00) to the artist.

The Legislator made the presentation to the artist, after Chichiz, whose real name is Ahmed Musa, paid him a visit in his house, and made an appeal for the MP’s support to help him win the ultimate. The MP, who is noted for supporting the human development of his constituents, saw the opportunity to help another westerner to develop and made the donation.

Speaking to skyynews.com, Manager for Chichiz, Mohammed Alhjai Usman stated that the MP, after donating the amount, advised them to use the money to vote for him, and report back to him on his position and whether they will need additional funds.

“He gave us 200 dollars on that Sunday when we met him at his house. On Tuesday, he added 1000 cedi; and just this morning, he added another 2000.00. He asked us to use the money to vote for him and report back to him on his position after the voting, to know if he needs more funds to support the bid,” Alhaji Usman noted.

He expressed the Team’s gratitude to Hon. Cudjoe, and called on other Members of Parliament from the Western Region to also support the artiste in winning the competition; TV3 Mentor Reloaded.

“We are so grateful to him for this kind gesture. May God richly bless him so he can continue to support other people who are in need. We will call on all the other MPs to come and support Chichiz to win this competition. We need their support,” he stated.

The grand finale of the competition comes off this weekend, and many pundits have tipped Chichiz to win. According to him, he has shown his versatility in music and stands the chance of succeeding in the music industry.

Ahmed Musa who is known in the showbiz industry as CHICHIZ hails from Bepowso in the Shama District of the Western Region, and resides in Effia. 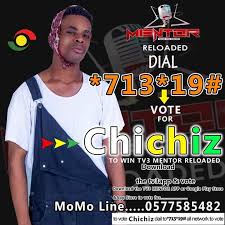 HOW TO FIND AN OUTFIT FOR ANY OCCASION