Home POLITICS EC is being manipulated by government- Mahama alleges 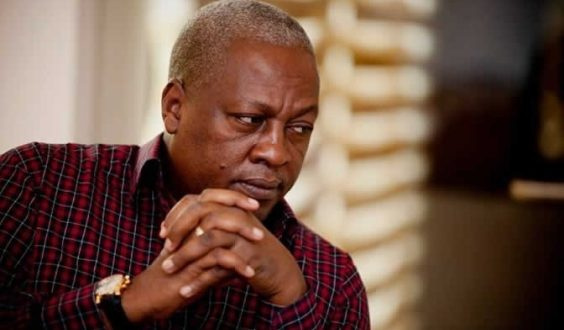 The flagbearer of the major opposition political party; National Democratic Congress (NDC), John Dramani Mahama has accused the Electoral Commission of being manipulated by the Nana Addo led government to influence electoral processes in the country. The former President expressed with disbelief and regret, the extent to which the election management body has allowed itself to be used to defend a rather ‘diabolic agenda’ by the ruling government to secure its bid for another term.

He said in a press conference this evening, in a response to the Supreme Court ruling that the EC has lost its integrity by ‘kowtowing’ to the manipulative agenda of the ruling government to influence the electoral process leading to the general election.

“It is deeply regrettable that the Electoral Commission which should independent and have carved a niche for itself as a respected commission in the whole of Africa has today made itself a willing tool in the execution of this most diabolic agenda” Mr. Mahama noted.

He lambasted government over an alleged cover up of its under-performance, by deliberately altering the electoral process to its advantage.

“This represent the handy work of a desperate incumbent, that on an account on its poor performance in government sees its political survival only through the prism of the manipulation of an electoral process to exclude a section of Ghanaians who they suspect may not renew their mandate at the polls” he said.

Mr. Mahama argued that the ruling of the Supreme Court and to effect, granting the EC the right to proceed with the registration exercise witout recourse or inclusion into its eligibility requirement, the use of an old voter identification card, could disenfranchise several Ghanaians.

Voter Registration: We will challenge ineligible applicants to the latter- Sekondi MP