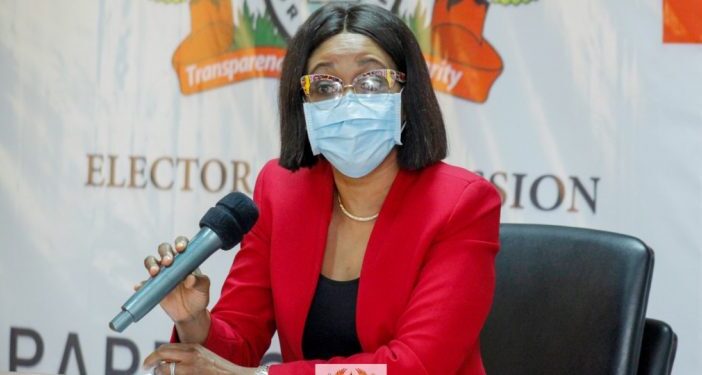 The Electoral Commission of Ghana has gazetted the results of the 2020 Presidential election. It has subsequent to this, issued a gazette notification dated 10 December 2020.

Signed by the Chairperson of the EC, Jean Adukwei Mensa, the results of the Presidential polls as declared on 9 December 2020, is now a legal document and proof of President Nana Addo’s re-election as President of the Republic of Ghana.[the_ad id=”9806″]

Article 63 (9) of the constitution reads as; An instrument which a.is executed under the hand of the Chairman of the Electoral Commission and under the seal of the Commission; and b. states that the person named in the instrument was declared elected as the President of Ghana at the election of the President, shall be Prima facie evidence that the person named was so elected.

[the_ad_placement id=”adsense-in-feed”]Below is a copy of the notification of the gazetted results signed by the Chairperson of the Electoral Commission of Ghana. 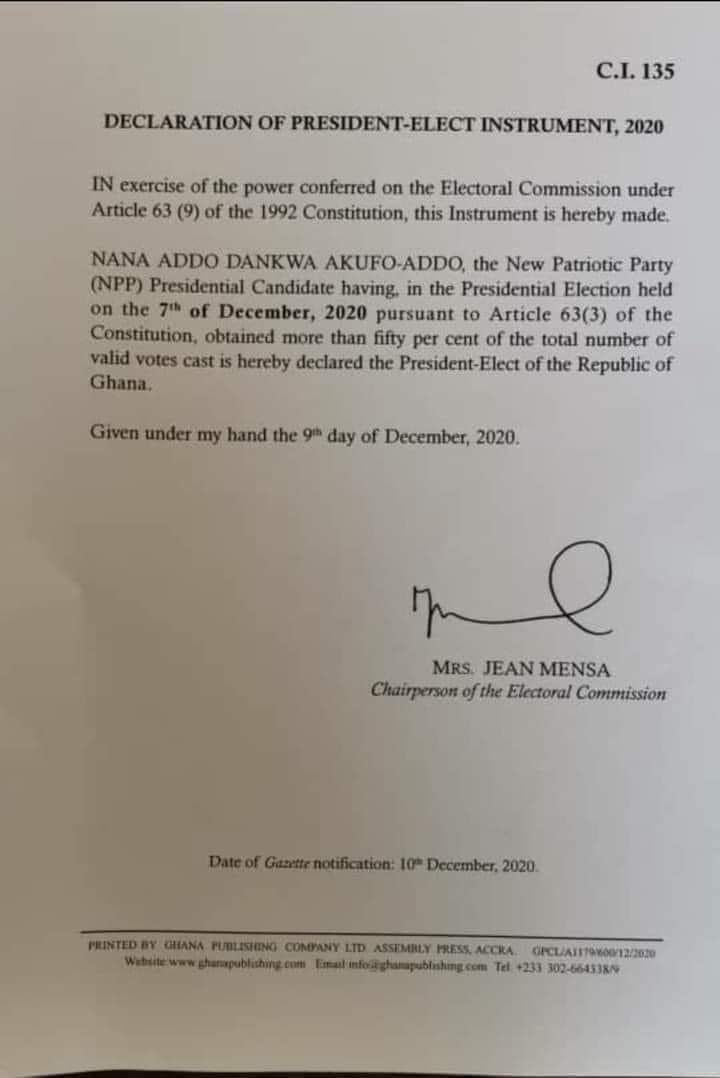