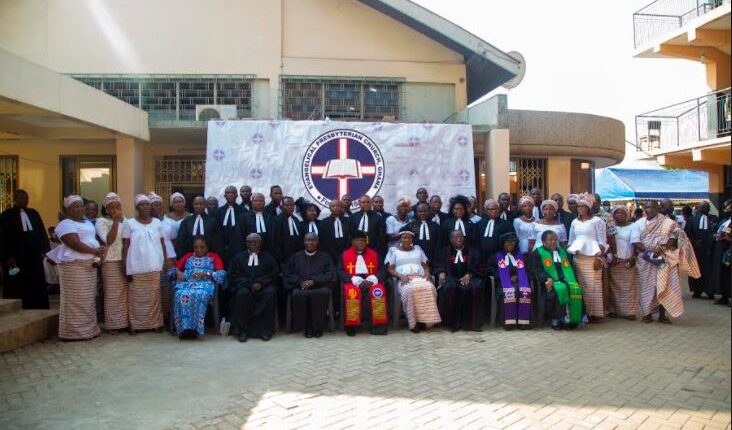 The group comprises two females and 18 males trained from both the Trinity Theological Seminary Legon and the Evangelical Presbyterian Seminary at Peki.

Rt. Rev. Dr Lt. Col. Bliss Divine Kofi Agbeko (Rtd), the Moderator of the General Assembly of the EPCG, speaking on the theme: “the cost of discipleship.”

He said Disciples of Christ were ready learners, who avail themselves to follow Christ and live as He teaches at a cost.

He said the cost may be desirable as a means to inherit the Kingdom of God or undesirable due to suffering and hardship.

He said unfailing hope in God was the ultimate way to endure such difficulty and receive the crown of blessings.

The Moderator entreated the ordained Ministers to act in wisdom to deliver the word of God.

Rt. Rev. Dr. Agbeko (Rtd) urged them to examine and fix themselves of any former lifestyle displeasing to God.

“You are ordinary people transformed by God to have purer love and deeper devotion to Christ, live in truer loyalty to the Church and have a stronger desire to promote the kingdom of God,” he added

He reminded them that the vocation was one, which presented mixed situations of scarcity, plenty, joy and sorrow,

The Moderator called on them to learn to glorify God in all situations and willingly bless others.

The probationers were presented for the ordination rites by the Clerk of the General Assembly, Rev Dr Emmanuel Kobla Amey.