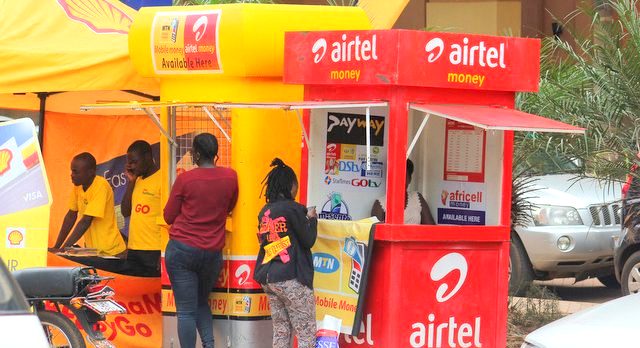 Panic withdrawal has hit Mobile Money services in the capital of the Western Region, Sekondi-Takoradi as the controversial tax on electronic transactions takes effect today.

Ghanaians and all users of electronic payment platforms will pay a 1.50 per cent charge on transactions exceeding a cumulative amount of GHS100 a day.

The charges will be on Mobile Money (MoMo) payments, bank transfers, merchant payments, and inward remittances at the time of transfer.

The implementation of the Electronic Transfer Levy Act, 2022 (Act 1075), Ghana’s newly introduced revenue generation mechanism, received presidential assent on March 31, after it was passed by Parliament on Tuesday, March 29, despite the Minority side staging a walkout.

10 vendors speaking to www.skyypowerfm.com explained that there have been panic withdrawals on Mobile Money services since Sunday morning.

A merchant said about 20 customers of the services have withdrawn their money from their account since morning and it’s quite surprising to him.

To him, he thought Ghanaians have been well educated enough on the new tax and it applies to some specific transactions and not all.

However, he is not sure if customers will continue using the services and if those who have already withdrawn their money can be convinced enough to re-join the service.

The future of the service is not too clear for him as he is afraid Ghanaians will desist from using the service leading us to go back to a cash economy.

Another merchant who spoke to skyypowerfm.com said he would wish for an intensive education on the electronic tax and transactions to the Ghanaian public on how it works to keep the economy going because a collapse of the Mobile Money service will be catastrophic to the Ghanaian economy.

“I have received several calls from my colleague vendors and most of them are asking if I have enough money in my account because they have withdrawn all of theirs for customers, more education is needed.”