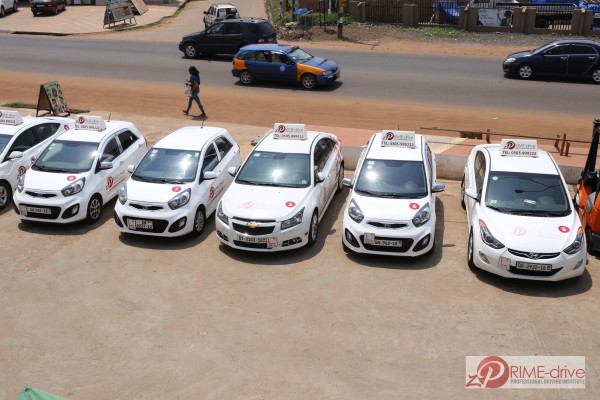 Dr Justice M. Y. Amegashie, former Chief Executive Officer of the National Road Safety Authority (NRSA), has called on driving schools operators to include the study of road safety regulations in their syllabi to equip the drivers with the requisite driving skills to help curb road accidents.

Dr Amegashie made the call at the induction of the new executive officers of the Ghana National Association of Driving Schools in Accra on Friday.
The Association has Revered Erasmus Amankwaah Addo as President, Mr N. K. Addo, First Vice President, Mr Osei Tutu Clement, Second Vice President, Mr Francis Yao Agbozo, General Secretary and Mr Israel Kade, Deputy General Secretary.
Others are Mr Ali Wahab, Financial Secretary, Mr Samuel K. Amo, Deputy Financial Secretary, Mr Victor Baah Danso Ntow, Organizer, and Mr Amoako Atta Ernest, Deputy Organizer.
The rest are Mr Francis Kwame Spio, Treasurer, Mr Bawa Mukaila, Deputy Treasurer, Mr Vitus Bonya, Public Relations Officer and Mr Isaac Kwadwo Marfo, Deputy Public Relations Officer.
Dr Amegashie who is also a lawyer, urged members of the Association to be guided by the Road Traffic Act, which served as a guide on how licenses were issued to people learning to drive.
Dr Amegashie expressed the hope that the executives would work assiduously to make the Association one to reckon with.
Mr Kafui Semevo, Director of Training, Testing and Licensing of the DVLA, said road safety was a shared and collective responsibility, hence the need for every Ghanaian to ensure that the country’s roads were accident-free.
He urged them to collaborate with the Chartered Institute of Transport the help curb road accidents.Reverend Addo, the Association’s President elect on his part said his administration took over in an era where there was no clear cut policy on driver training in the country.
He said drivers were produced through a very unconventional approach and this “we found inappropriate and as such account for the rampant carnages on our road which have attributed to human errors”.
Rev. Addo said under his administration, driver training institutions grew from 20 and now 340 and they also introduced an online registration linked to DVLA portal to enable them to monitor the performance of schools, instructors and the students.
He said the Association was fully engaged in the retraining of drivers under the government special initiative, supervised by the National Road Safety Authority and that, they have also been able to employ 1,800 middle level persons.
The President expressed the hope that the Association would ensure that “we consolidate the gains made so far and to ensure that our regional administrations are much empowered to ensure decorum in the training of drivers”.
GNA
Driving schoolsJustice M. Y. AmegashieNational Road Safety Authority