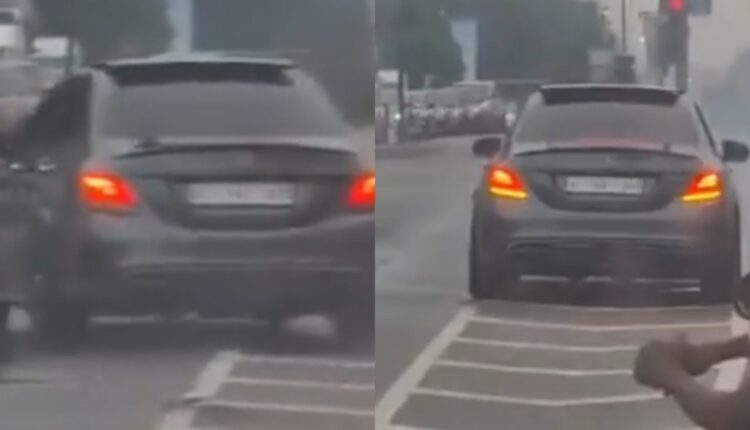 Kofi Buckman, a driver, captured in a video footage engaged in reckless driving and endangering lives of road users at the Airport traffic intersection Sunday morning, has been arrested by the police.

The Director General of Public Affairs, Ghana Police Service, Assistant Commissioner of Police (ACP) Kwesi Ofori, told the media that Buckman was in police custody and his vehicle, a Mercedes Benz with registration number C 16 – 18, impounded at the Airport Police Station.

He said after receiving complaints from other road users, the police immediately mounted a search and arrested Buckman.