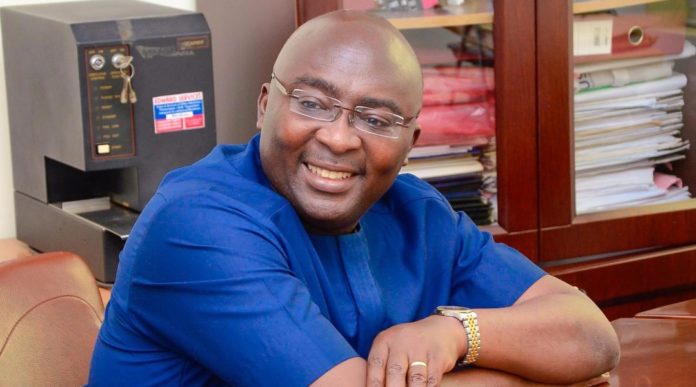 Head of the Political Sciences Department at the University of Education Winneba, Dr. Isaac Brako has backed Vice President Dr. Mamudu Bawumia’s claims of delivering 72% of the party’s campaign promises.

“We told the people of Ghana that we are going to do three core things. We are going to stabilize the economy, reduce the suffering of our people, and transform this economy into a modern and prosperous economy.

This was our contract with the people of Ghana. Ladies and gentlemen, what a difference three years of good effective leadership can make in a country. Because after three years, we can say without any shadow of doubt that we have fulfilled at least 72% of the promises that we made to the people of Ghana,” he said.

Sharing his view on the matter with Skyy News, Dr. Isaac Brako said there was sufficient basis for Dr. Bawumia to rate the party’s performance that high.

‘‘Although Ghanaians and essentially the electorate have no real methodology for rating the government’s performances, they can at least pass judgement based on the campaign promises or manifesto document and the timelines that were given.

‘‘At the forefront of these promises was the Free SHS policy. The policy was met with a lot of skepticism when it was first mentioned but in the end, it has been delivered. The ‘Planting for food and jobs’ policy has also been rolled out, ‘One village, one dam’ has also been executed. The ‘One district, one factory policy may not have been executed in the manner originally intended but at least the effort needs to be applauded. You’d have to also look at jobs created through public sector recruitment including NABCO, and the many other projects this government has undertaken, I believe the government has done enough especially if you consider the fact that there’s a year left on its mandate’’ he concluded.

COVID-19: Gov’t may introduce restrictions in some regions – Oppong Nkrumah.

Project for the reconstruction of Shama Hospital to hit ground soon-...

Easy Ways to Get Someone’s Number Without Asking Directly

Failure to register on time caused deferment of over 900 students...

Men Love Chasing and Other Things That Don’t Work