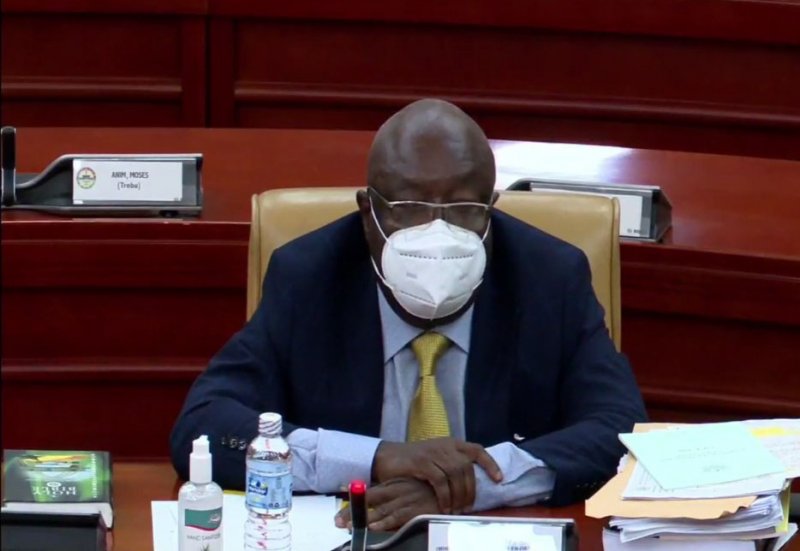 Dr Afriyie calls for national conversation on solar energy use

Dr Kwaku Afriyie, the Minister-Designate for Environment, Science, Technology and Innovation, has proposed a national conversation on the use of solar energy to provide impetus to the national electrification drive.

He said Ghana, being in the tropics, had a huge potential for solar energy generation.
Appearing before the Appointments Committee of Parliament for vetting for the portfolio, for which President Nana Addo Dankwa Akufo-Addo has nominated him, Dr Afriyie said a national conversation would guide the citizenry on the configuration and where to place wind vanes and solar panels.
The dependence on more solar energy resources, he said, would also boost the nation’s rural electrification drive.
His proposal was in response to a suggestion by Mr Haruna Iddrisu, the Minority Leader and Deputy Chairman of the Appointments Committee, who wanted to know what measures he would adopt to increase the use of wind vanes to boost solar energy supply in Ghana.
If approved, Dr Afriyie, a Medical Doctor and Farmer, will take over from his predecessor, Prof Kwabena Frimpong Boateng, who handled the ministry in the first term of Akufo-Addo’s administration.
Dr Afriyie, Member of Parliament for Sefwi Wiawso, who turns 67 on July 7, this year, was once the Minister of Health under former President John Agyekum Kufuor’s administration.
He also served as the Western Regional Minister and later Minister of State in Charge of State Enterprises in the first term of President Akufo-Addo’s Government.
Dr Afriyie announced that a draft policy to guide the exploitation of Ghana’s oil and gas resources was being worked on, promising to bring that legislation to the House if approved.
He agreed to champion the application of research findings to the growth of sweet potatoes, which had very high nutritional values and could be applied in making confectioneries.
Furthermore, he advocated growing more sweet potatoes and the development of taste buds for consumption and export to attract foreign exchange and reduce poverty.
On genetically modified plants, the Minister-designate said existing laws allowed for research for improved varieties of crops, and that the Ministry would encourage research into such plants.
On the moral issues, the Minister-designate said there were moral issues on the use of genetically modified organisms (GMOs), and cautioned that the adoption of GMOs might lead to dependence on foreign organisms alien to the nation’s genetic pool.
It would also change the flora and fauna landscape.
On the encroachment of lands belonging to the Council for Scientific and Industrial Research under the Ministry, Dr Afriyie said the Ministry would apply the law to retrieve encroached lands and protect the rest.
SOURCE: GNA
Dr. AfriyieGhana GovernmentHeadlinesSolar EnergyTop story
You might also like
News