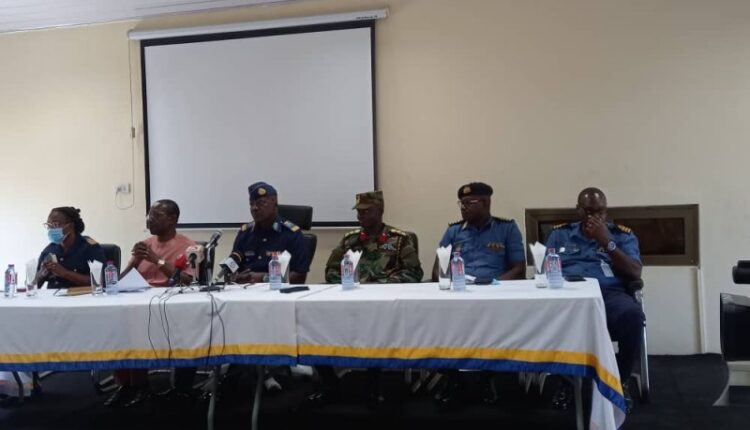 Air Vice-Marshal Michael Appiah-Agyekum, Deputy Chief of Staff in charge of Administration of the Ghana Armed Forces (GAF), has advised journalists to desist from publishing news that will compromise national security.

“We need to get to the point where no respectable news organisation has any interest in endangering soldiers or intelligence agents so that the national security is not compromised,” he said.

The Air Vice-Marshal gave the advice at the inauguration of the Defence Press Corps (DPC) in Accra.

The occasion was also used to elect and swear in an executive body to manage the corps.

Air Vice-Marshal Appiah-Agyekum said the GAF and the media were two critical actors that must work together for national development, stressing that “a good media-military relationship is vital for a sustainable democracy.”

He, therefore, urged the DPC to collaborate closely with GAF to develop strategies for enhancing mutual understanding.

He urged journalists to perform their duty with utmost professionalism and competence to promote national cohesion.

In his acceptance speech, Mr Kofi Ampeah-Woode, Dean of DPC, appealed to GAF to take care of the Corps’ welfare issues, and train members to appreciate the efforts of the Military in promoting national security.

He expressed the commitment of members of the corps to professionalism and responsible journalism.

In attendance were representatives from the Judiciary, WASH, Parliament, and Prisons press corps.