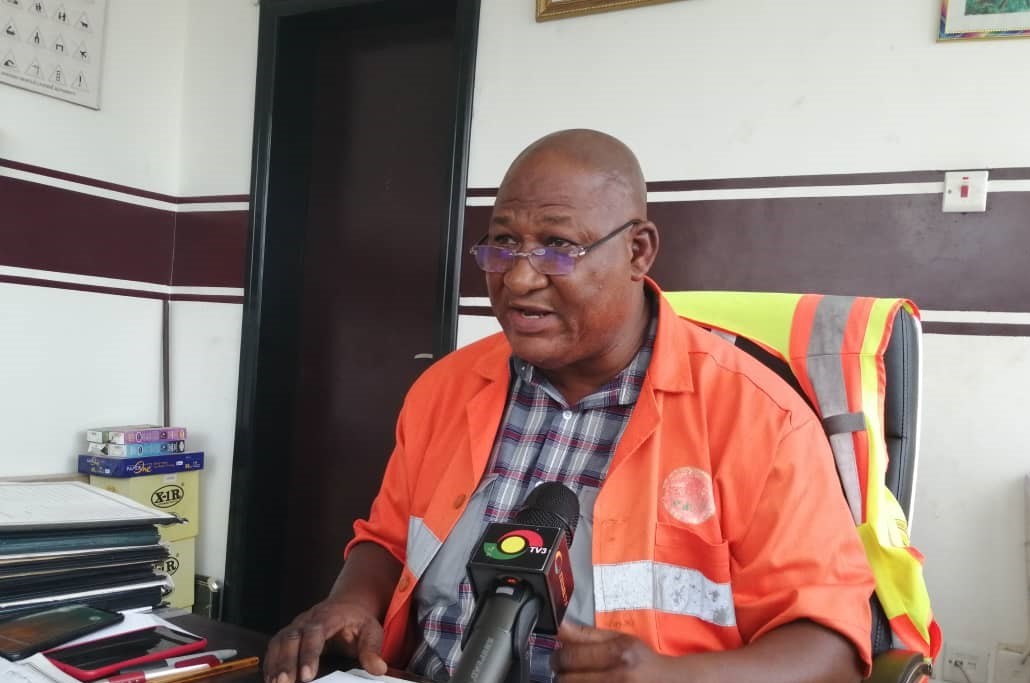 Dompoase Accident: Deal with the hazards on our roads – DVLA Boss

Western Region Director of the Driver and Vehicle Licensing Authority (DVLA), Mr. Emmanuel Narh has emphasized that until hazards on the Dompoase- Cape Coast highway is dealt with, one should not expect these recurring fatal accidents on that stretch to end. He remarked that, state agencies responsible for road engineering and construction, among others, have failed to investigate these fatal occurrence.

He had expected these agencies and other stakeholders to have offered a corrective measure to mitigate these hazards.

“What have we failed to do and we always repeat, is that we don’t take records of certain occurrences on our road. Let’s focus our minds back to that particular scene, about ten years ago- what happened there some ten years ago, and what we did about it. History has it that about eight, ten years ago, some road accident happened there and claimed about 50 lives.

“It means that there’s a particular hazard there which should have been dealt with” he explained.

Mr. Narh assessed that the exact stretch where the accident occurred has two major hazards, and those are contributing factors to the recurring accidents.

He said “the area has a sharp curve that runs down a hill”; and coupled with seasonal conditions such as the harmattan, and the surrounding vegetation, the road will often become foggy and blur vision of drivers.

He thus called for an immediate response action; that he expect a thorough investigation into potential causes or triggers of road accidents.

“The happening of that particular accident calls for investigation- a thorough one. Let’s not blame individual institutions. Since then we’ve not done anything about the hazards over there. We need to be proactive that, the wait and see attitude or approach” he charged.

The surviving driver of the Hyundai bus, whose name has been given as Mark Mireku, has been remanded in police custody. He has been charged with careless and inconsiderate driving.