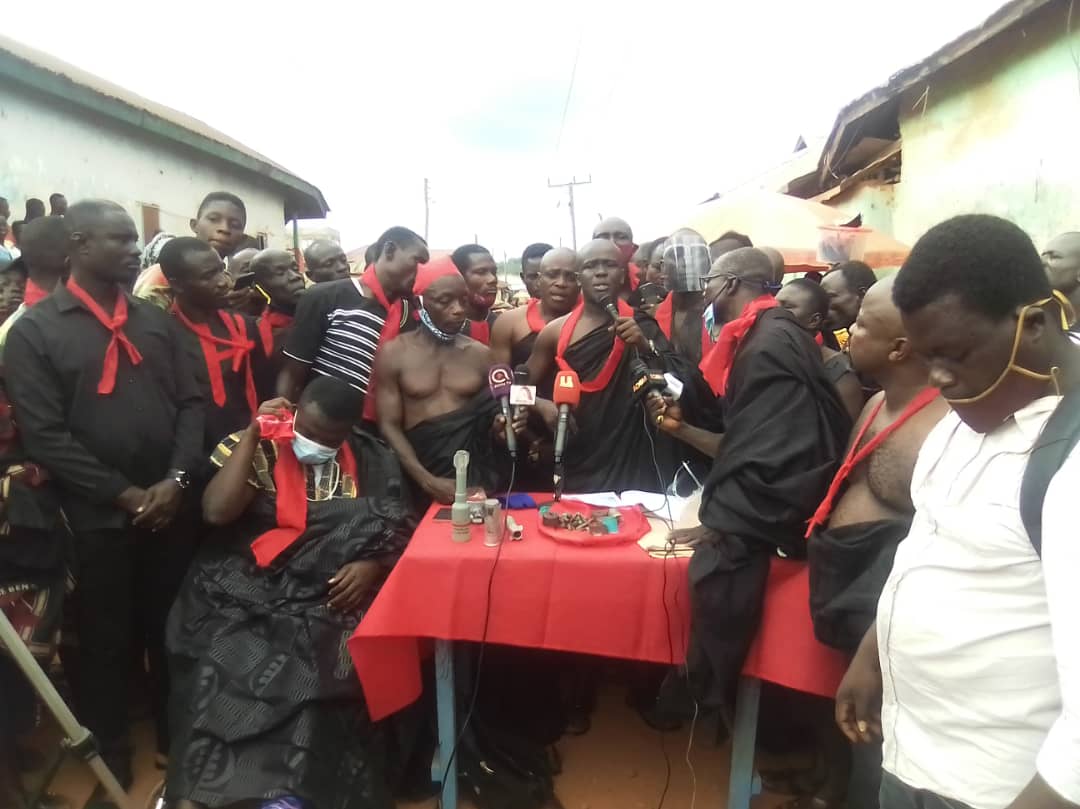 Traditional Authorities at Dompim Pepesa in the Tarkwa-Fiase Traditional area of the Western Region of Ghana, have invoked curses by calling on the gods to deal with the police, and other high authorities, who have a hand in the attacks by armed police men on their chief, Ohyeawora Bianyowa Panyin IV.

All the sub chiefs donned red and black cloths with armed bands signaling danger. They had a press conference and expressed their displeasure over the unfortunate development which has since left their chief injured.

On Wednesday 26 August 2020, over one hundred police officers were deployed together with a bailiff to serve an eviction notice to the Chief of Dompim Pepesa, Ohyeawora Bianyowa Panyin IV.

The heavy presence of the police in the community alerted residents and other visitors. After some time of waiting with no sign of the chief coming out to receive the notice, the police allegedly got angry and started firing shots. 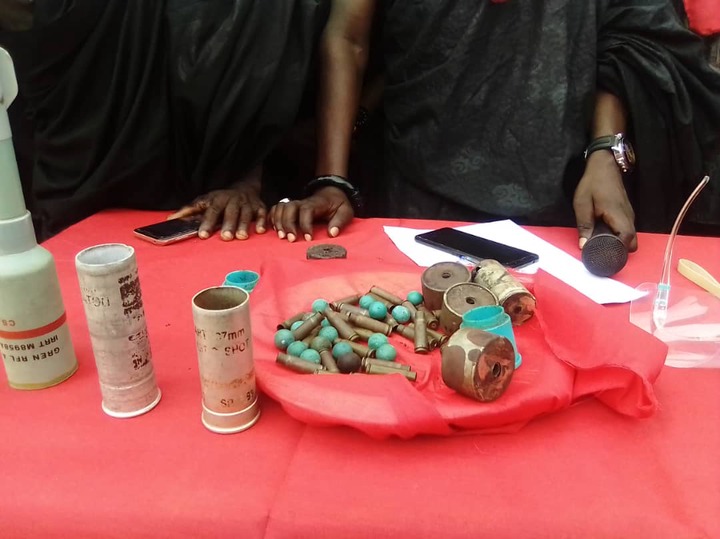 One of the shots, which was a teargas allegedly found its way into the bedroom of the Chief. The palace later caught fire which consumed several millions of properties.

The situation compelled him (the chief) and his family to forcefully jump a window, which got him injured. The development has angered the sub chiefs and people of the area who have expressed their disappointment at the police for the act. 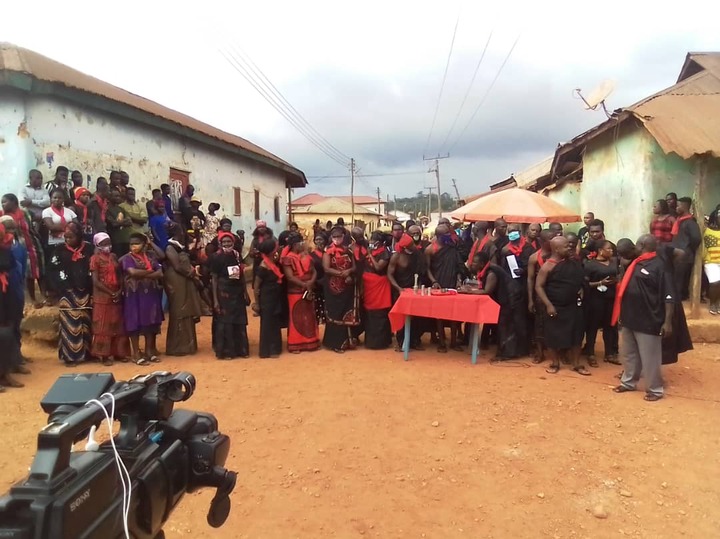 Tufuhene of Dompim Pepesa, Nana Awuakoampong VIII in a charged press conference, accused the police of carefully calculating the plan with the other faction in the area, who are also fighting for the same stool.

He revealed how the police officers whipped him when he made an attempt to question their presence in the palace. 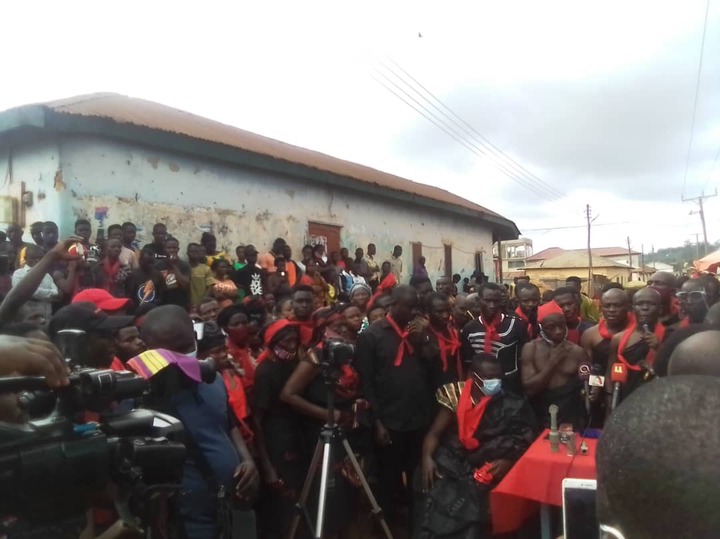 “We saw them (police) fully loaded in a car, the were armed and surrounded the palace. Nobody was made to go close to them so I decided to go and make a formal complaint at the Dompim police station and the police did not even listen to me, they whipped me very hard. They started firing gunshots and teargas, you can see the bullets from their guns displayed here. They indeed set the palace ablaze and we know the faces of some macho men they came with”. The Tufuhene indicated. 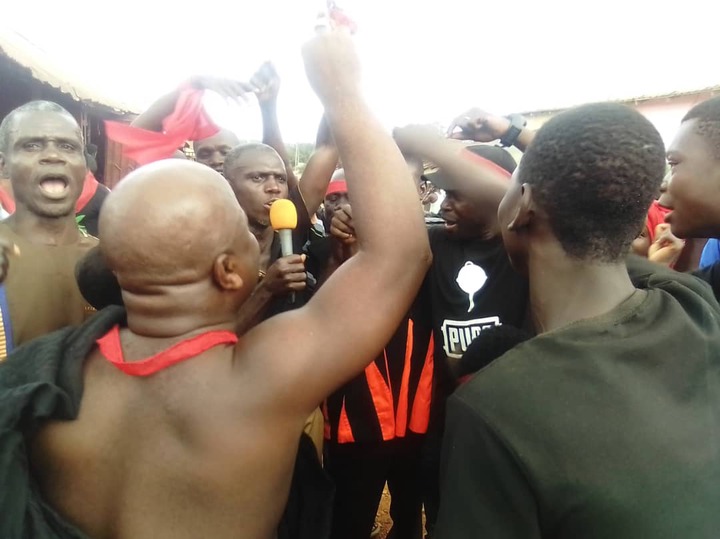 The chiefs and people of the area are demanding justice from the police investigations department and other relevant bodies. They have also called on their gods and invoked curses to deal with all the police officers and the faceless individuals behind the unfortunate incident. 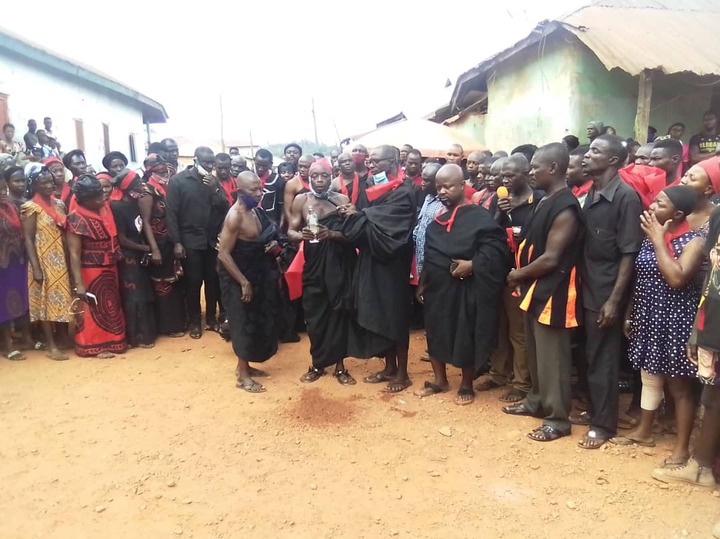 “We are calling on the government and all other relevant investigative bodies to mount investigations into this, and bring the perpetrators to book”.  Tufuhene of Dompim Pepesa, Nana Awuakoapong VIII noted. 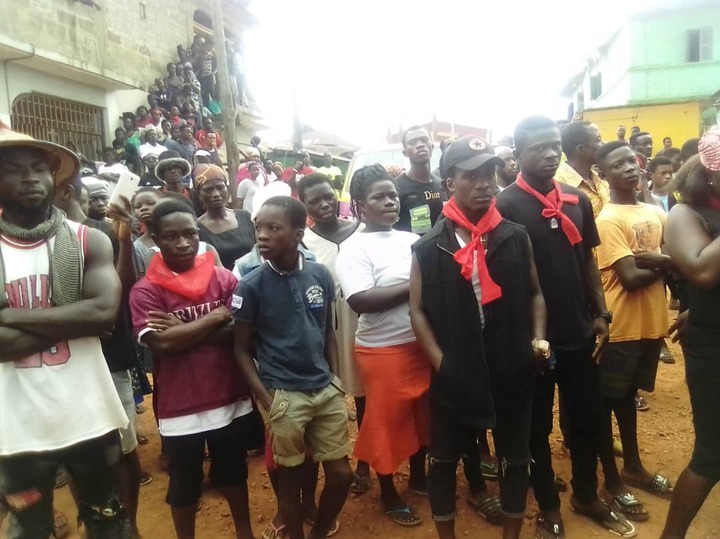 The chief, Ohyeawora Bianyowa Panyin IV was also at the press conference. He was conveyed to the premises in a wheel chair due to his injury. In the meantime, the Municipal Chief Executive of Tarkwa Nsuaem, Mr. Ben Kesse has denied knowledge of the police deployment, whilst the traditional authority has allegedly denied the eviction notice. 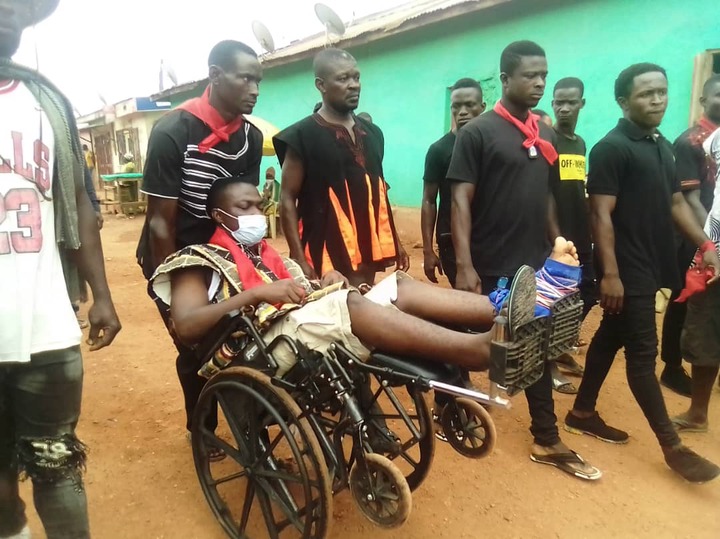 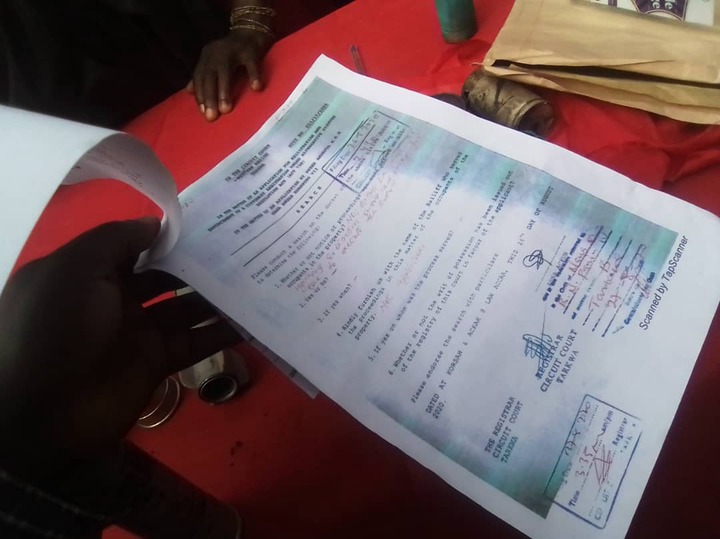