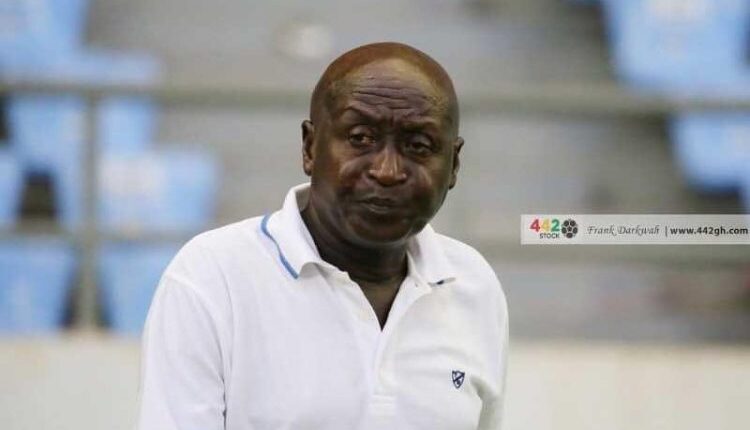 Division One League in Ghana is “dirty” – Dwarfs coach

Head Coach of Mysterious Ebusua Dwarfs, Mr James Kuuku Dadzie has once again hit hard on Ghana Football by saying the Division One League (DOL) is too “dirty”.

Speaking on Skyy Power 93.5FM’s Skyy Sports Show, the former Black Stars of Ghana captain indicated that playing in the DOL in Ghana is too dirty, manipulating and influence on referees to get results is high.

“I played to the highest level and I’m now in coaching, it’s my first time in the DOL and I can say it too dirty, manipulation and influence on referee which does not help the game and nobody is bold to say it”

He also said his side has the quality and is ahead of most of the teams in Zone Two but had suffered from bad officiating from referees which do not help the game… the game will go down if these things continue, manipulation is too much”.

He further charged the media to be bold to speak to the truth and most media guys are aware of the dirty in the game but fear to speak out.

“The media must speak and do proper presentations and report that bad nut to GFA, we have seen the recent decision to suspend referees for the rest of the season, you have to be bold and speak” he added.

Dwarfs sit second on the league log just behind the leaders Samartax with eight matches to go. According to him, he said referees have been cheating them even at the home venue

Kuuku Dadzie played for Hasaacas, Kotoko and captained the Black Stars. He also urged the GFA to maintain the current technical team of the Black Stars for the Afcon qualifiers and FIFA World Cup in Qatar