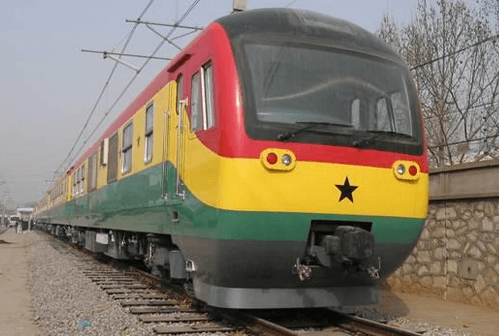 The Sekondi Takoradi Chamber of Commerce and Industry (STCCI) have been tasked to develop an industrial park along the Western rail lines that would spur business development and industrialisation in the Western Region.

The Minster for Railway Development Joe Ghartey in his speech at a public lecture organised by the STCCI on the theme “Railway Revitalization and Sustainable Development: Approach and Opportunities.” challenged the leadership of the organisation to this endeavour stressed that the ministry has provided the incentive to promote business development for the locale.

“We have begun to build what we called accelerated development where business community will take advantage of where the rail lines are and establish businesses. We will develop railway stations as economic centres as well as associated infrastructure such as housing, free zone, industrial parks, inland ports and cities container terminal and hospitality to complement the sector. ” Mr Joe Ghartey Indicated.

Mr Joe Ghartey indicated that, the ministry since its establishment has allocated an amount of GHC105 million to the Ghana Railway Company Limited for the execution of some projects in line with the revamping of the railway sector

He argued that government is much particular about building a formidable railway sector that would ripple into significant economic growth for the country.

Deputy Chief Executive Officer of STCCI, Mr. Benjamin Nii Kpani Addey on his part, assured of finding an innovative way to actualise the suggestion made by the minister. He is optimistic such initiative would drive businesses and wealth creation for the Western Region.

He is hopeful some diversity would be introduced with the revitalisation of the railway sector.