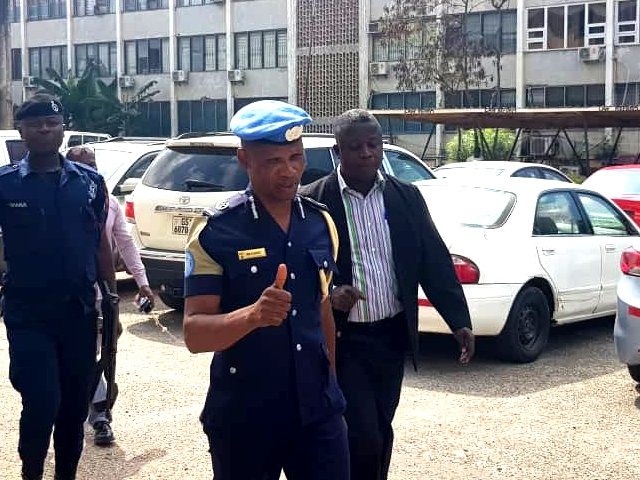 Embattled senior police officer, ACP Dr. Benjamin Agordzor who is facing trial for his involvement in an alleged plot to destabilise the country, has once again been denied bail, this time, by an Accra High Court.

The ruling follows todays hearing of a bail application by lawyers of ACP Dr. Benjamin Agordzo who argued that their client according to the law, could be granted bail pending trial.

Communicating the courts decision after the hearing, the presiding Judge Justice George Buadi said the application was premature as investigations were still ongoing.

Justice George Buadi further noted that the court cannot grant the bail application because Dr. Agordzor could influence the outcome of the investigations due to his position as a senior officer.

In their arguments before the court, the lawyers led by Martin Kpebu prayed the court to grant their bail application, assuring the court that their client would make himself available for investigations or trial if needed although they admitted there had not been any unreasonable delay in the case.

On the other hand, the State’s lawyers prayed the courts to reject the application because Dr. Agordzor could use his position as a senior police officer to influence investigations that are still ongoing if released on bail.

ACP Dr. Benjamin Agordzo will therefore remain in police custody following the unsuccessful application as court proceedings continue for the truth or otherwise of the charge of abetment to commit treason felony to be established.