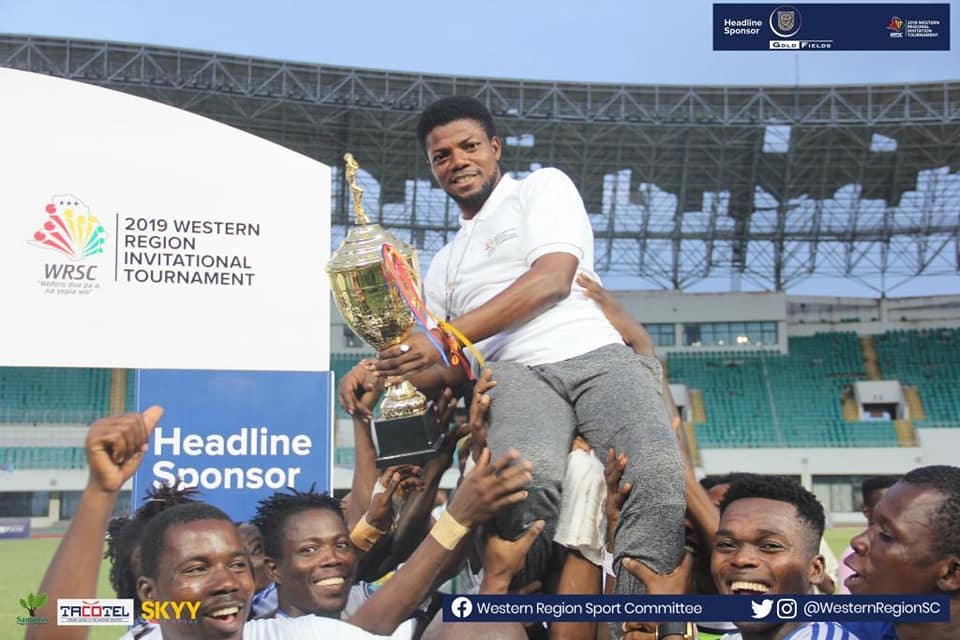 Head coach of Samartex 1996 Football Club, Bismark Kobby Mensah has cautioned club owners to desist from interfering, and negatively influencing their head coaches of their clubs.

Speaking to Samuel Kojo Brace on Skyy Power FM’s Jolly Breakfast Show on Monday, Bismark Kobby Mensah spoke in glowing terms of the culture at the club that gave him so much freedom to work.

”The successes we have chalked in this short time has only been possible because we have a culture that demands mutual respect for the roles and abilities of all. This is what has allowed me to implement my ideas without any major interference from the handlers or the ownership of the club. The faith they have shown in me is remarkable; something you don’t find at most clubs and I know this because I have coached seven clubs across the Premier and Division One League’s,” he said.

The former Bechem United coach continued by asking other club officials to emulate the exemplary model at Samartex 1996 FC.

”Being a cultural thing, it would be difficult to change but we have to desist from unduly influencing coaches and interfering in their work. We have created a culture where officials and/or owners of clubs feel it is their birthright to tell the coach which players to field and which positions they must play. Some even go as far as telling coaches what formation the team must play. While I respect their opinions, the present situation where coaches must comply with these suggestions or be tagged as arrogant and ultimately sacked, does not benefit anyone. We need to respect the coach and allow him to work independently. That way, you can hold him accountable if things go south,” he explained.