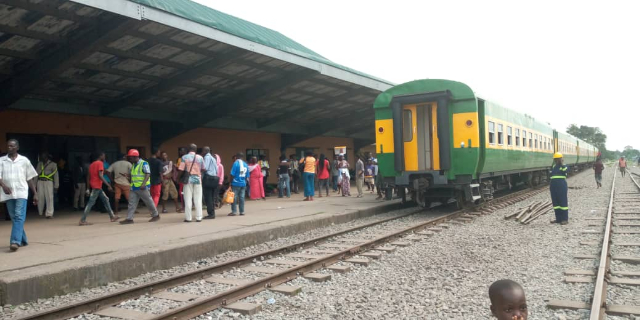 The Ghana Railway Company Limited (GRCL), has said that the derailment that occurred on the Tarkwa-Tarkoradi rail line, was as a result of a technical glitch on its break and luggage coach.

News broke of the derailed train yesterday, as the company continued with its free passenger ride on the rehabilitated Western Rail line.

Deputy Managing Director for the Ghana Railway Company Limited, Dr. Michael Anyetei responding to the incident, said their technical team were apt in getting it resolved to allow full operation to resume.

“This thing that we are doing is for greater good. If you look at the work that we’ve done, these are just teething problems. Yesterday when the thing happened, immediately, we arranged for another coach to take all the passengers to Takoradi.

“We left the coach with the defect at the scene for our technical men to work on it. They are done, and the coach has been brought to Takoradi for a thorough examination” he explained.

He urged the public to maintain faith with the company as it works at reactivating passenger service after the twelve years defunct period.

“They shouldn’t be disturbed. There was no casualty, our coaches suffered no damage. As I speak the train operating, and it’s full” he said.

Dr. Anyetei stressed that the track infrastructure has not been compromised, and “it is in good state”

The company have in effect, issued a presser informing the public about the extension of free passenger service by a week, beginning 3rd to 7th February, 2020.

“In view of this a new date for a commercial service will be announced later” the statement read.