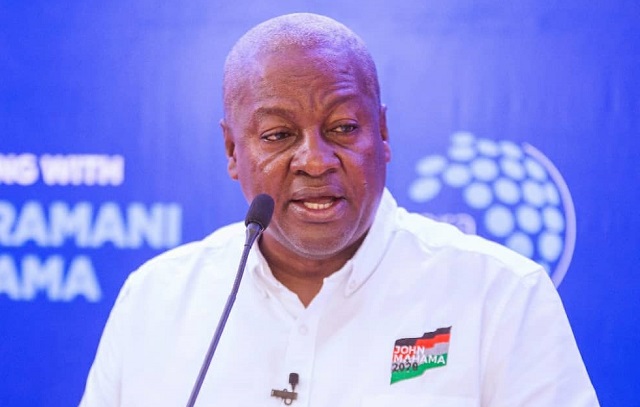 Dela Sedode: Is Mahama not murdering our democracy?

Forget Do or Die! The issues are much bigger than that. Why has former President Mahama turned his supposed Thank You Tour of Ghana into a subversive mission of the democracy we have built since 1992? Pay attention to what he has been saying on the tour.

“The elections were clearly rigged. There was overstuffing of ballot papers in several constituencies – Soldiers were deployed purposely to kill people and suppress the will to vote. The democratic experiment is a ruse to guarantee the comforts of the President and his family.”

”The Electoral Commissioner is programmed against the NDC. The judiciary is not independent. There was political manipulation during the elections petition hearing.”

These are but a few of the things President Mahama has been spewing without a halt on his supposed Thank You Tour. Do or Die caught the attention of everyone because it sounded macabre. However, pay attention to the fine print and you will discover a sinister ploy to reduce the confidence of the people in the democracy we are running.

Mr John Mahama certainly has the right to hold his views no matter how jaundiced they may be. However, when he systematically maligns the institutions of state that anchor our democracy then he has his knives out to fatally wound that system of governance.

Were we also not in this country when the General Secretary of the NDC conceded under oath that the votes tallied by the electoral commission represented the true outcome of the election? Was the NDC even able to quote an independent figure representing their own collation?

What does President Mahama seek by perpetuating this falsehood that the elections were rigged? Exactly what is he seeking except to drive a spear through the heart of democracy?

The stark reality of Mahama’s subversive democratic claims is that they are grossly unfounded. Guess what! More than 70,000 NDC agents took part in collating and overseeing the results of the 2020 elections. The electoral commission held the elections in at least 33,000 polling stations. For each polling station, there were at least two polling agents from the NDC That alone is about 66,000 polling agents.

Add that to a host of party people at the constituency, regional and national levels. After all these numbers, is it not preposterous and downright fiendish to claim that your inability to win was a result of not being vigilant at the polling station and the consequent manipulation of state institutions by the NPP government?

In May 2019, President Mahama told African students at the University of Oxford that Democracy was the best form of government for Africa as the democratic spring had improved many economies and the living standards of people on the continent. In reference to this country, President Mahama said; “Ghana has made more progress from 1992 till date than any other time in our history. The economy has grown bigger, people’s lives have improved, life expectancy has improved.”

He continued that for democracy to work, we must all work towards it and be committed firmly to its ideals. Quick question; Is President Mahama’s idea of being committed to democracy running down independent state institutions like the Electoral Commission and the Judiciary?

The President has made it his ultimate aim to continue the lies that the 2020 elections was rigged against him. Really? The Electoral Commission Chair and the other commissioners were all doing the bidding of the government hence manipulated the elections against him. Really? The Chief Justice and the entire Supreme Court were also manipulated by the state to steal the verdict of the people. On the third count, I give up.

May it occur to John Mahama that Ghana is all we have. Democracy is all we have. The institutions that govern us are all we have. Running them down is akin to murdering democracy; the selfsame system that guaranteed his rise from being a desk officer at the Japanese Embassy in Ghana to becoming a Deputy Minister, a Member of Parliament, A Minister of State, Vice President and ultimately President. Losing an election must be painful but looking elsewhere instead of your internal organization only breeds impunity for your own failings and messaging. Ghana’s investment in democracy has been incredible and President Mahama should not seek to murder it.

Ghanaians must no longer seer Mahama in the light of somebody seeking fairness.

He is an existential threat to our burgeoning democracy. Say what you want about government and its policies but don’t you dare touch our democratic institutions. I have been observing quietly how some of his NDC assigns are praising and almost wishing for the recent coup d’état in Guinea led by Col. Doumbaya to create ripples in Ghana.

Well, too bad for you guys, President Akufo-Addo says Ghana is on guard. It shall not happen. Let’s stick to democracy.

It guarantees your beloved daughter Farida Mahama will grow up in a country where the people have a say in who governs them and are able to change the leader by majority decision and not minority angst or contrived lies.

Dela Sedode is an LLM student at the University of Liverpool who is passionate about Ghana’s democracy and governance systems.