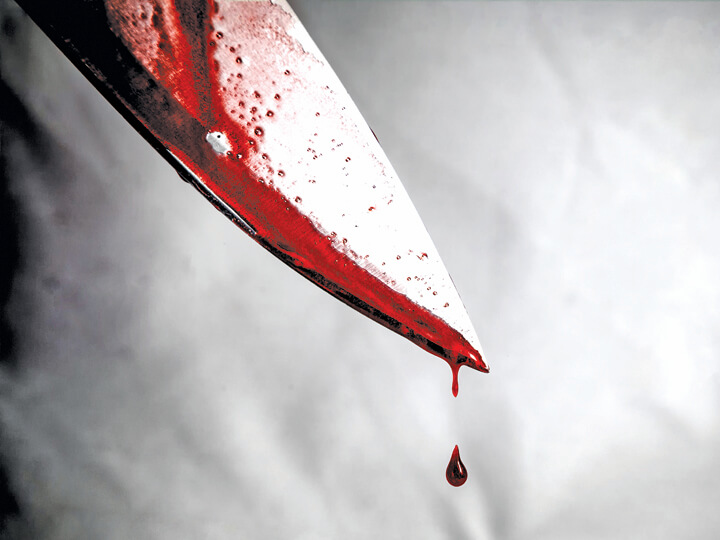 Three men have been arrested for allegedly beheading a 6 year old Oscar Tanu, and attempting to murder two others, in Amoa Cocoa shed near Debiso of the Western North Region. The murdered kid was a son to one of the suspects. They has intended to use the head and other remains for money rituals, a police investigative report said.

According to the police, Kwabena Dosu reported at the station that day and filed a complaints that the the two has murdered the kid.

He was quickly accompanied by the police to the scene [a cocoa farm near Nkrabea] for investigation and arrest of any person linked to the crime.

The lifeless body of Oscar Tanu was seen lying on the ground, with a bloody machete and mortar. The complainant identified Kwabena Abraham as the key suspect and Joe Naabaa as an accomplice.

Shockingly, the complainant [Kwabena Dosu] was accused of having a hand in the murder of the kid. It was established that the murdered kid was a son of Kwabena Dosu.

Upon arrest, Kwabena Abraham alleged that he was contracted by the complainant to behead the kid for ritual money. He added that two other kids; Baba Moro age10 and Awuni Mohammed also age 10, are being held captive at Joe Naabaa’s residence near Kwabena Dosu’s village.

The two surviving kids have been rescued. The suspects were arraigned before the District Magistrate Court, Debiso, and remanded into prison custody. The case has been adjourned to 13 October, 2019.