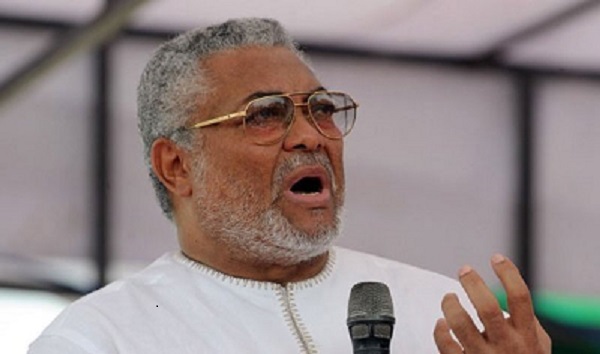 Former Deputy Chairman of the Electoral Commission (EC) Mr David Adeenze Kanga, has in a tribute to late former President Jerry John Rawlings, said he gave the Commission a free hand to operate.

“He impressed me; I didn’t see the least attempt on his part to influence or direct the Commission,” Mr- Kanga, who was the Deputy Chairman of the Commission in charge of Finance and Administration, told the Ghana News Agency (GNA) on his memories of the late President, in an interview in Accra.

He added: “He showed commitment to the independence of Commission. I don’t remember any day he attempted to direct the Commission.”

The former Head of State, and later President, reportedly died on November 12, 2020, at the Korle Bu Teaching Hospital, in Accra.

Mr Kanga was appointed Deputy Chairman of the EC in 1993, when the late President was the leader of the nation, and served in that capacity, well after he (former President Rawlings) had left office after the year 2000 election.

Mr Kanga described the governance legacy of the late President as very good, explaining that he helped to promote very credible elections in Ghana.

The former EC Deputy Chairman, who hails from the Builsa Traditional Area in the Upper East Region, described late former President Rawlings as “Action Man and Achiever,” and said he helped with the transformation of the country by extending electricity to the whole country.

“Extending electricity to the whole country is not a small achievement. He insisted, and today there’s no village that’s not enjoying electricity on the national grid.”

Mr Kanga said under the Government of the late President Rawlings, there was massive improvement in the road network, which he said contributed to the national transformation agenda.

Late President Rawlings, he said, also saw to the construction of the Tamale Airport and the Wa Airstrip.

Mr Kanga said the late former President would also be remembered for the creation of two political administrative districts for the Builsa geographical area as a major developmental tool for the area.

Mr Kanga, former Headmaster of Navrongo Senior High School, and later Member of the Council of State from January 2013 – January 2017, representing the Upper East Region, recalled having acquaintances with the former Head of State back in Accra, and knew him as sociable and friendly before he assumed office as a military ruler.

Regarding the military interventions of which the former Head of State were associated, Mr Kanga said: I wasn’t surprised that he was mobilising the young soldiers. He was their man. I think they all shared the frustration of the young soldiers.”

Mr Kanga urged political actors and leaders to be sincere and honest with the people they deal with and “show love for the country”, a phenomenon he said was eroding gradually from the nation’s politics.

On his sympathies to the family, the National Democratic Congress (NDC) party, and all citizens, he said: “It’s sad, but they should take heart, and remember that J J represents not only Ghana.

“He also carried the African’s mantle. We all should be inspired by what Rawlings stood for on the path of development and transformation of Ghana.