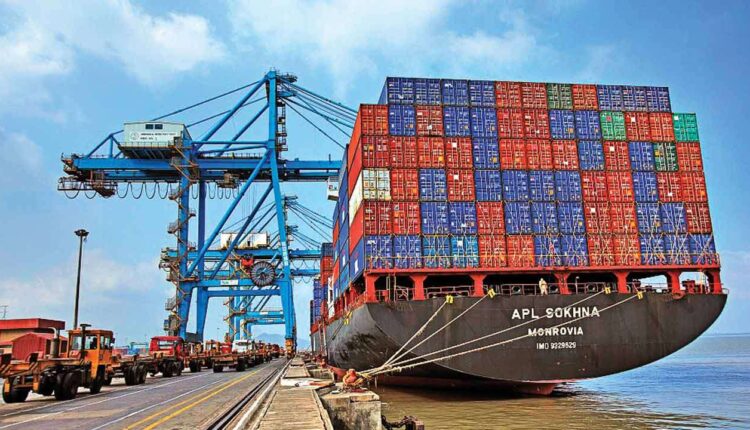 To scientifically ascertain the average time for the clearing of cargoes at Ghana’s Ports, the Customs Division of the Ghana Revenue Authority (GRA) has commenced a ‘time-release study’ in line with international best practices.

The study, expected to fully begin this month and be completed by January 2023 already had its preliminary engagements which started last year.

It would be funded by the USAID and GIZ with technical assistance from the World Customs Organisation.

Ms. Daina Ayorkor Agbenyega, Principal Officer, at the Policy and Programmes Unit at the Customs Division of the GRA disclosed this at a media forum organized by the Ghana Ports and Harbours Authority (GPHA) in Tema.

Ms Agbenyaga said the study was part of GRA’s strategic actions to enhance administrative efficiency, adding that it also aligned with Ghana’s commitment to the Trade Facilitation Agreements at the international level.

She said although Customs had a fair estimate of the average time of clearance at the ports, the trade facilitation agreements required them to publish results using scientific processes.

She noted that “the recommended and approved tool for customs administrations is the World Customs Organisation Time Release Study (WCO TRS) Tool across the world and that is what we want to use to undertake the study so we can officially publish it based on empirical evidence, so it can be recognised internationally.”

The Custom Principal Officer explained that the study would also fish out the operational inefficiencies which were not associated with the Integrated Customs Management System (ICUMS).

She said, for instance, the study would ascertain how long it would take for the laboratory to take samples and provide an analysis of a product, emphasising that the study would not be limited to customs processes but would examine the entire clearance chain.

Ms Agbenyaga stated that the study would cover the Tema Collection, the Kotoka International Airport, the Paga, and Aflao Collections to have a well-represented sample size.

She said customs authorities around the world were being encouraged to simplify processes and expedite trade by saving time and money.

Touching on the trade facilitation agreements, she said they were about eliminating non-tariff barriers to trade which was estimated to constitute an alarming 214 percent of trade cost.

“These trade barriers are what we call red tapes, and these red tapes are what we intend to eliminate. In line with the TFA, we are embarking on simplification, harmonisation, transparency, and modernisation of our systems,” she noted.

According to her, when the processes were simplified and transparent, more investments would come in, trade volumes would increase, and more taxes would be collected.

She added that as such, measures have been instituted for Customs authorities to implement to achieve the trade facilitation objectives, saying the Revised Kyoto Convention which Ghana was a signatory to, required all Customs authorities to enhance processes toward the simplification, harmonization, and predictability of systems.