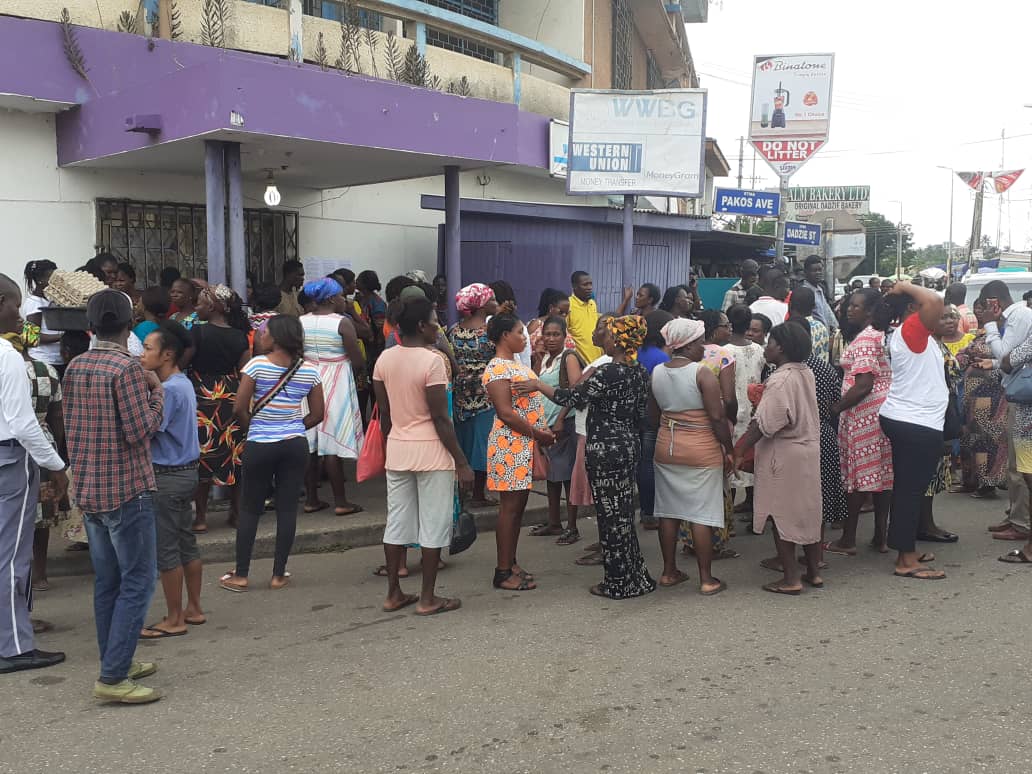 Customers of some savings and loans institutions which have been affected by the recent Bank of Ghana crackdown on defaulting institutions have, this morning, stormed the various branches of the banks in Sekondi-Takoradi demanding their deposits.

Our reporter, Nana Yaw Kumi reports that over a hundred costumers of Women’s World Bank this morning besieged the bank’s branch at the Takoradi Market Circle to demand their savings, but were left stranded.

The Bank of Ghana has provided detailed reasons on why it revoked the licences of 23 insolvent savings and loans companies. Among the reasons given include insolvency, in the sense that they failed to recapitalise within a reasonable period to make them solvent. According to the Bank of Ghana, it has engaged with Management of these savings and loans companies in the hope that they could recapitalise their banks, but that yielded no result.

Some of the aggrieved customers who interacted with our Reporter indicated that they have been taken by surprise, as some of them deposited monies at the bank last Thursday and Friday.

“We need our monies to cater for ourselves and our children. Some are on the verge of collapsing and some have already collapsed. We are pleading on the bank of Ghana to pay back our monies to us. We are breadwinners of our families, and we don’t have anyone supporting us.

“If they don’t pay back our monies, some of us are going to die. I can’t disclose the amount of money I have here but I came here on Friday to deposit money and was able to do it. Nobody told me there were crisis. On Saturday morning, I had a message that this is what has happened. We are pleading with you, we came here since dawn and we have had nothing,” an aggrieved customer told our reporter.

Some of them are however unhappy about the decision and are demanding their monies be paid as soon as possible.

”Our children have completed school and are supposed to go to the university. Are we supposed to let them stay in the house? Women are suffering a lot. The government must do something,” another customer stated.

There were however others who believe the situation is as a result of the negligence of the bank to comply to the rules instituted by the Bank of Ghana.

“Most of those who collected the loans are the ones who are not paying the money. I don’t want to disclose the amount I have here. It is a secret. If they can’t pay us, they should tell us because we can’t come and crowd here just like that. I have been saving for about three years,” another customer indicated.