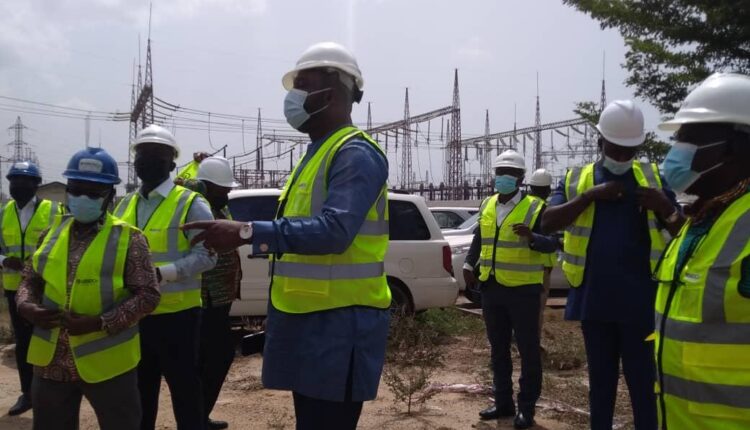 Dr Matthew Opoku Prempeh, the Energy Minister, says the intermittent power outages currently being experienced in parts of the country is not because of power generation capacity challenge or fuel shortage.

According to him, it was due to the upgrading of the transmission system to ensure power supply reliability across the country.

Dr Opoku Prempeh made this known when he inspected the progress of work on the Tema-Achimota Transmission Line Upgrading Project at the Volta Substation in Tema, on Tuesday.

Currently, work is progressing steadily on the 26 kilometre Tema-Achimota Transmission line and is expected to be completed in September, this year.

According to the project engineers, upon completion of the project, it would improve the transfer of power on the corridor from 400 megawatts to 1,900 megawatts.

Work on the project is about 65 per cent complete and engineers are stringing pairs of conductors and laying electrical cables on the high voltage towers.

Addressing the media after the inspection, Dr Opoku Prempeh refuted assertions that the government was not telling Ghanaians the truth about the power generation situation, saying that the current intermittent power outages could not be compared to the outages (dumsor) witnessed from 2012 to 2016.

The Minister appealed to Ghanaians to cooperate with the engineers of the Ghana Grid Company Limited (GRIDCo) to ensure successful completion.

Mr Jonathan Amoako Baah, the Chief Executive Officer of GRIDCo, said the completion of the system upgrade would end the frequent tripping of power due to congestion on the transmission lines.

He said there was the need to integrate the new bulk supply points into the existing ones and that required tie-in of the transmission lines, hence the intermittent power outages to enable the engineers to work without exposing them to danger.

Mr John Owusu Afriyie, Director, Engineering Project at GRIDCo, providing a further explanation, said since 1965 the cables along the Tema-Achimota transmission lines had not been changed, therefore it was not able to carry the loads on them.

That, he explained, resulted in intermittent power flickering whenever the load got congested on the transmission lines.

Therefore after the system upgrade, the intermittent power outages being witnessed at the moment would become a thing of the past and there would be sufficient power to safeguard supply reliability for consumers.