Home General Craving sugar? It could be caused by lack of sleep 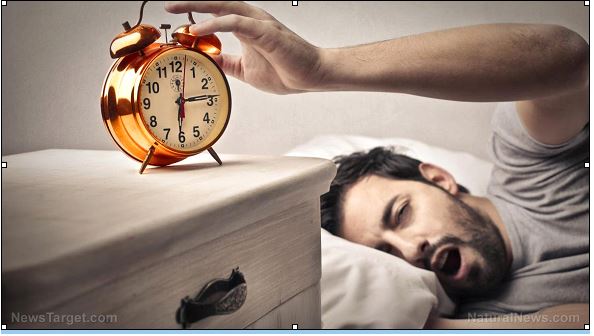 Lack of sleep can affect your mood and energy, but it doesn’t stop there. A study published in the journal Food Quality and Preference revealed that sleep deprivation can also make you crave sugar.

In this study, a team of researchers from Michigan State University investigated how sleep influences sugar cravings. They studied 51 healthy men who claimed to sleep well. The participants wore electrodes on their scalps while they slept during their usual nighttime routine over two consecutive nights. These electrodes measured the electrical activity of the participants’ brains to calculate how much sleep they got, as well as the length of time they spent in deep or light sleep.

After that, the men went to the laboratory where they tasted 14 to 18 sugary solutions. They then rated these in order of their preference.

The results showed that the less sleep the participants got, the more they craved sugar. Less time in the rapid eye movement (REM) sleep was also associated with sugar cravings. REM sleep is when the brain is the most active and dreams usually occur.

The research team explained that lack of sleep may activate a brain area that is “turned on” when you consume sweet food. In addition, insomnia may also cause stress eating because of the release of cortisol, the stress hormone.

An earlier study saw a similar effect of lack of sleep on your sweet tooth. Published in the American Journal of Clinical Nutrition, the study revealed that getting enough sleep can

For the study, researchers from King’s College London examined 42 healthy adults who were divided into two groups. One group was trained in good sleeping practices. They received counseling on how to increase their sleep by up to 1.5 hours. They also received good sleep advice, such as avoiding caffeine before bed, having a relaxing nighttime routine, and avoiding going to bed full or hungry. The other group did not receive counseling and went on their normal sleep routine.

For a week, all participants recorded their sleep timings and routines, as well as their dietary habits. They also wore motion sensors during the week to record the amount of time they spent sleeping and time spent in bed before falling asleep.

The results showed that the treatment group successfully increased their sleep hours. Most of them increased their sleep duration by 52 to 90 minutes each night. Participants in this group also consumed less sugar and had reduced carbohydrate cravings on the following day compared with the control group. Heavy sleepers reduced their sugar intake by up to 10 g per day.

The researchers suggested that getting enough sleep is a simple lifestyle change that could help you make better and healthier food choices. Their findings also shed light on the importance of poor sleep and its link to the rise in sugar and carbohydrate consumption. (Related: Lack of sleep linked to insatiable junk food cravings.)

Ways to get better sleep

Sleep is important for many bodily functions, which is why it is important to get enough rest every night. If you’re having problems falling asleep, you can try these strategies:

SIMPLE WAYS TO SPICE UP YOUR SEX LIFE

7 SIGNS HE’S CHEATING ON YOU

2nd October 2019
Get instant News and Updates    OK No thanks