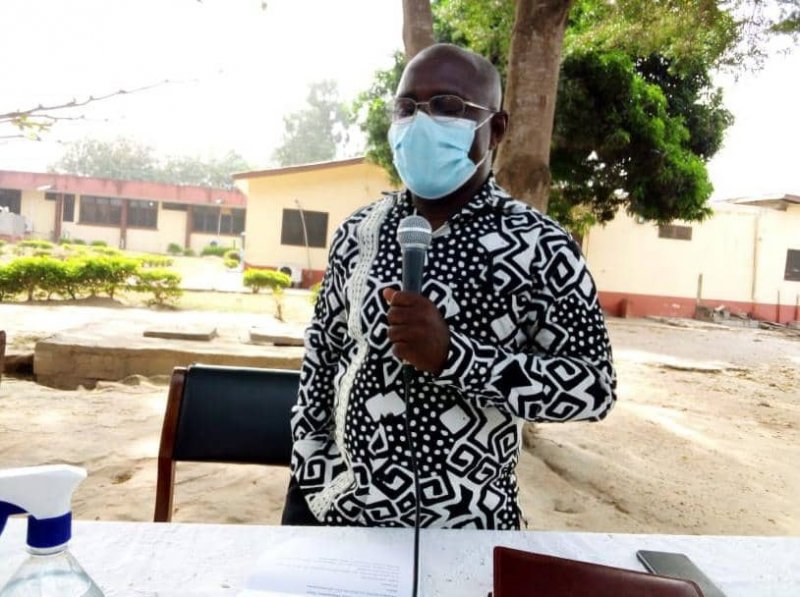 Dr George Kwadwo Nyarko, the Akatsi South Municipal Director of Health Services, has expressed worry about the attitude of some residents in Akatsi South towards the surge in the Coronavirus disease within the Municipality.

He said many were still doubting the existence of the virus “even as confirmed cases are slightly on the rise”.
Dr Nyarko made the disclosure during a health review programme at the Akatsi South Municipal Health Directorate.
He stated that his outfit was however intensifying awareness through radio discussions and announcements, the use of information vans, health talks at service delivery points, community information centers, vigorous surveillance, enforcing strict adherence to the national protocol with assistance from the law enforcement agencies, and others.
He added that the Directorate had organised capacity building meetings for service providers so as to always be on the guard.
Confirming the figures to the Ghana News Agency (GNA), he said a total of 143 suspected cases were recorded in 2020 out of which 14 tested positive as compared to 195 suspected cases with 16 proving positive between January and February, this year, making a total of 29 confirmed cases over the period.
On recoveries, Dr Nyarko indicated a total of 26 people with positive cases ranging between 15 to 56 years have recovered, with one death after a referral to the Ho Teaching Hospital.
The figures, he said, represent 53.3 per cent for females and 46.7 per cent for males respectively.
Dr Nyarko also said over 123 contacts have been traced over the period.
“People still do not believe the disease is real, contacts not ready to avail themselves for specimen taking, they feel reluctant to adhere to the management protocols,” he stated.
Dr Nyarko further assured participants of engaging key stakeholders in the respective communities to demystify false rumors and misconceptions about the disease.
The annual health review meeting covers other health related issues such as Malaria cases, teenage pregnancies, maternal health, immunisation, and other diseases.
It was attended by health practitioners, Assembly members, heads of institutions, as well as members from the general public.
SOURCE: GNA
Akatsi South MunicipalCOVID-19
You might also like
News