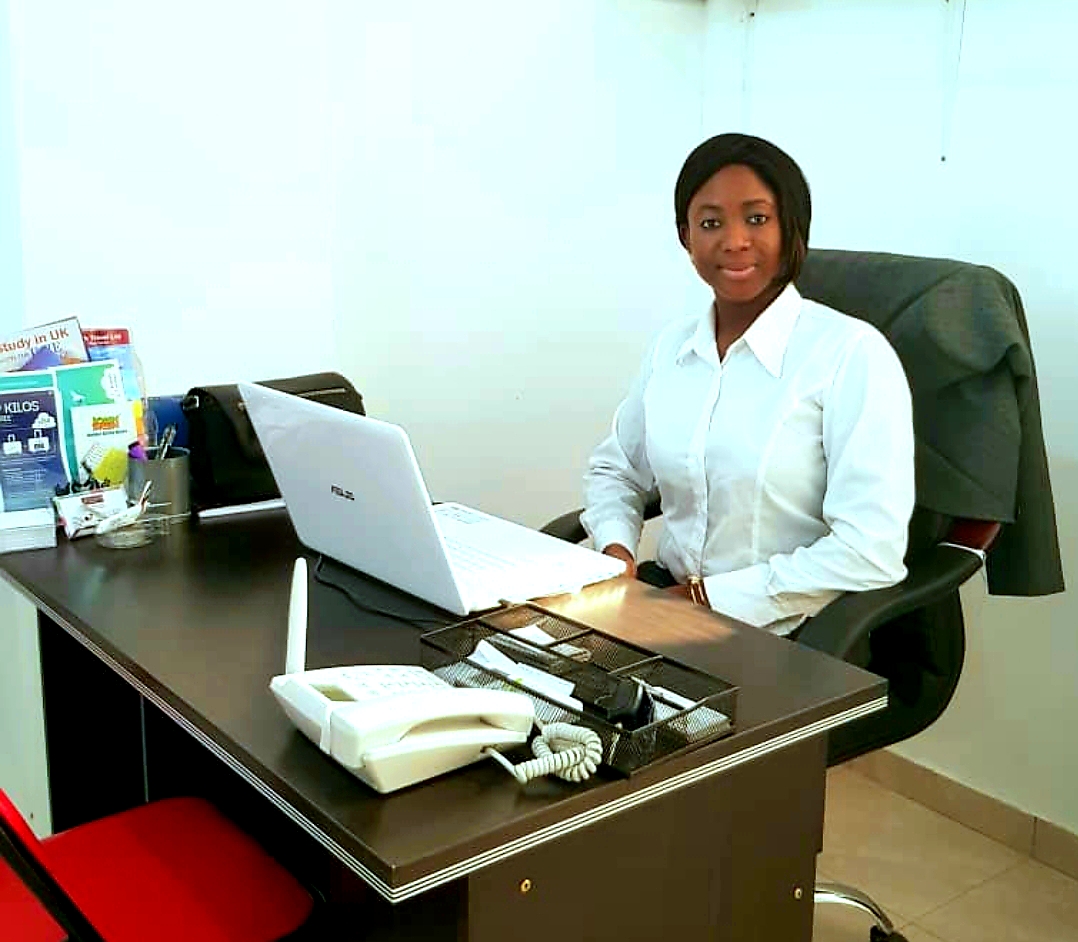 The Corona Virus pandemic has disrupted the world and messed up every sector of the global economy, according to Radia Adama Saani, Chief Executive Officer of Moontouch Travel Limited.

Nonetheless, she believes the pandemic has provided an opportunity for Ghana to secure an aviation industry that is solidly backed by a vibrant national airline.

“The aviation industry, which supports 65.5 million jobs around the world, including 10.5 million people employed at airports and by airlines, and contributes $2.7 trillion in global economic activity, could take up to three years to return to operational levels according to ACI – The Airports Council International” she said.

Speaking in an interview, the young entrepreneur explained that looking at some aviation headlines & statistics below, one can further estimate how badly the 100 -year-old industry has been affected.

“Virgin Australia and South African Airways on the verge of Bankruptcy.

– Ryanair grounds 113 planes and gets rid of 900 pilots for the moment, slashes 65% of staff salaries to cut down on losses

– Emirates grounds 38 A380s and cancels all orders for the Boeing 777x (150 aircraft, the largest order for this type). They “invite” all employees over 56 to retire

– IAG (Parent company of British Airways) grounds 34 planes and looks to make up to 12,000 employees redundant

– Brussels Airline reduces its fleet by 50% (and associated redundancies).

– Ethiopian Airlines has so far lost USD550million in revenue because of international flight restrictions.

– Currently, 60 new aircraft stored at Airbus with no buyers in sight (order cancellations) including 18 A350s”

These startling headlines, the aviation industry player observed, were indications that, there will be serious job losses and many airlines will no longer have the capacity to operate from certain countries including Ghana after the deadly Corona Virus Pandemic.

However, these effects, the 2019 forty under forty awards nominee, underscored, could possibly become a blessing for the aviation industry in Ghana, if we take advantage to speed up the proces to rebirth the national airline, she added.

“As the aviation industry struggles through COVID, Ghanaians are likely going to struggle the more as travelling is going to get more stressful due to the lack of a national carrier to serve Ghanaians on direct routes to several destinations.
Having a national airline as many countries do, will therefore boost our economy so well that, it may likely become a major source of revenue generation in few years to come if we manage it adequately with all our heart and passion”

Radia Adama Saani highlighted that, fortunately, the aviation experts and the human capital required already exists, and available in abundance as many Ghanaians who previously worked under several other airlines since the collapse of Ghana Airways two decades ago were in the system and therefore had gained rich experience and knowledge in the industry to support the management and growth of the national airline.

According to the Moontouch Travel Limited CEO, Ghana having a national carrier will also promote our Tourism Industry and increase our Gross Domestic Product (GDP).

“As most people will prefer transiting through Accra or having some few days stop in Accra just to have the feel of being in the land of gold! The Nkrumah land,the country that is situated directly at the centre of the world! The country many black majority chose as a home and returned to in 2019. As a matter of fact, many people across the globe are still awaiting the chance to experience “The Year of Return’ after all the positive feedbacks carried by their folks about Ghana.

Ghana Tourism, she emphasized, can also be promoted via our International Airline by advertising Ghanaian tourist sites on board the aircrafts, as well as the sale of Ghanaian souvenirs.

“The airline could also have Ghanaian music and movies on the in-flight entertainment system and local Ghanaian dishes such as jollof rice, waakye, beans & plantain etc could also be served on board, as a way of showcasing the rich Ghanaian culture to the rest of the world” she added.

“Many international airlines have made Accra their second hub after their respective countries, simply because of the huge travel market in Ghana. Our newly built first class airport terminal, is packed with air crafts from other countries to serve the Ghanaian populace.

Ghanaians were very pleased to hear that, government was preparing to revive the national airline and a possible partnership with Ethiopian Airlines was in the pipeline.

Also, the government through the Ministry of Aviation signed a new deal with De Haviland Aircraft of Canada to acquire six Dash 8-400 aircrafts at the Dubai Airshow held on 19th November 2019. This led to the announcement that, plans were put in place to launch a home based carrier in Accra, Ghana to serve domestic, regional and international routes and thus, offices were renovated for the kick- start of the airline. However, just as hopes went high, everything went silent afterwards” she noted.

The Aviation and tourism industry player remarked that, it is a known fact that, it is not easy to set up an airline but remains critical to national development.

“It is capital intensive thus, requires alot of financial commitment and adequate preparations such as the setting up of training centres, setting of ticketing offices in all destination countries, the acquisition of license for operation, among others.

However, she outlined a solution that, government can consider partnering with private investors as well as code sharing with other existing airlines to make this a reality because a national airline will become a necessary tool after COVID 19” she advised