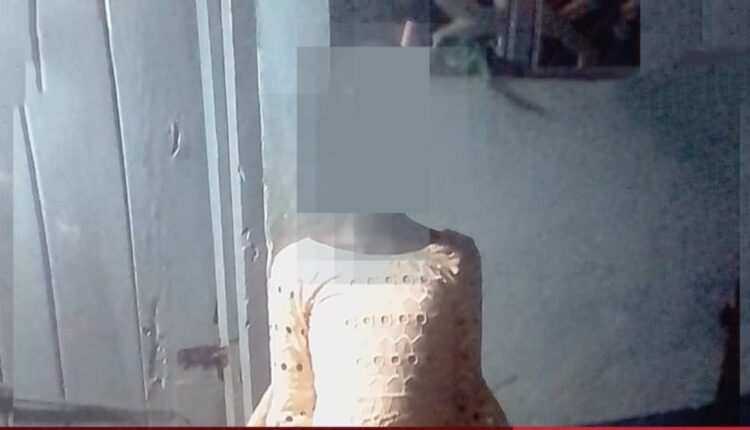 The 39-year-old man who allegedly sodomised an 11-year-old female at Effiakuma, a suburb of the Sekondi-Takoradi Metropolis and later threatened her with death has been granted a GH₵40,000 bail.

The suspect Baba Kofi Salum was granted bail with two sureties in a trial presided over by Her Honour Naa Amerley Akowuah at the Kweikuma Circuit Court in Sekondi.

The judge also adjourned the case without producing a judgement after the prosecutor, General Sergent  Emmanuel Owusu Agyemang failed to attach proof of the victim’s age.

The prosecutor also however prayed to the court for an adjournment to get the victim’s weighing card to ascertain her correct age to be filed and served to the accused person for the continuation of the case.

A 39-year-old man has sodomised an 11-year-old female at Effiakuma, a suburb of the Sekondi-Takoradi Metropolis and later threatened her with death.

Narrating the incident to the media, Madam Rebecca Kofie, who is the mother of the victim explained she realised that her daughter has been sodomised when she ordered his elder son to insert ginger into her anus when she confessed to stealing GHS20 from her father.

According to her, she was in Accra when her husband called complaining of his missing GHS20, and the victim was the prime suspect.

She then called her elder son to bring the victim home from school and upon interrogation confessed to stealing the money.

As a normal practice in Effiakuma, the mother ordered her son to insert ginger into her anus as punishment and in the process, discovered her anus has been brutalised.

The son then called the mother to inform her about the discovery but she could not believe her ears so left Accra that same day to Effiakuma to confirm the information she was told.

It was discovered the accused is a neighbour called Saliu, the mother followed suit to report the information to the Effiakuma Police Station but was directed to Sekondi Central Police Station due to the magnitude of the case.

With the help of neighbours, Saliu was arrested. She was further directed to the Effia-Nkwanta Hospital for examination of her daughter and the report came out positive for sodomy.

The medical report also proved the incident occurred in March 2022, even though the victim could not recall the exact date she was sodomised.

Then giving her account indicated that the suspect intoxicated her with an unknown substance in water, took advantage and threatened to take her life in case she shares the information of the act (sodomy) with anyone.

“Saliu called me to follow him on one Saturday as if he was going to send me to buy something for him. I am a good girl so everyone in this community will like to send me for errands. I followed Saliu to his house where he gave me something like water to drink”, she stated.

She said after drinking, she felt drowsy and fell deeply asleep only to wake up to see Saliu’s pants on the floor beside her.

“Saliu told me not to inform anyone otherwise he would kill me. The threat to kill me made me fear so I kept it a secret”, she added.

The case has since been at the Kweikuma Circuit Court.
Meanwhile, Madam Kwofie says, she and her daughter has been at the Court four times but they are yet to give their account while the accused has been in police custody.

Madam Kwofie said they are to report to the Court on May 10, 2022, for the continuation of the case and pleaded that the case is fast-tracked to bring justice to the daughter.