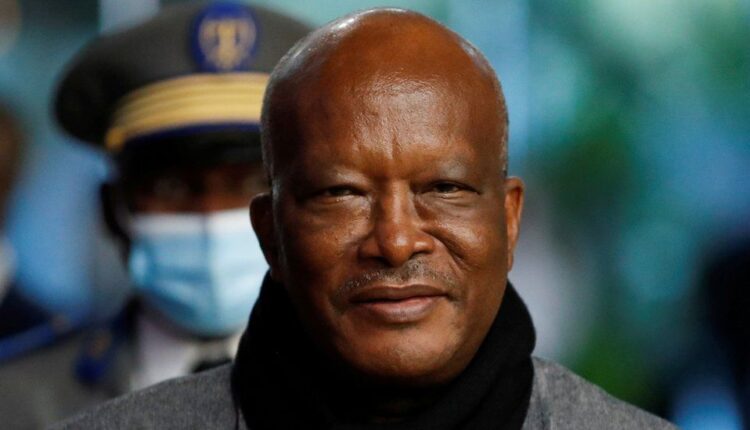 The President of Burkina Faso, Roch Kaboré, has reportedly been detained by mutinying soldiers.

Some troops in the West African nation have demanded the sacking of military chiefs and more resources to fight Islamist militants.

Gunfire had been heard overnight near the presidential palace and at barracks in the capital, Ouagadougou.

The government on Sunday denied suggestions of a military coup or that the president was under arrest.

Video from the capital appears to show armoured vehicles – reportedly used by the presidency – peppered with bullet holes and abandoned in the street.

BBC reporter Simon Gongo in Ouagadougou says the city is quiet again. Soldiers have, however, surrounded the state television headquarters and there has been no live programming on Monday.

On Sunday, hundreds of people came out in support of the soldiers and some of them set fire to the ruling party’s headquarters. A night-time curfew has since been imposed.

The president’s location is unknown, but AFP news agency quoted security sources as saying that he and other government ministers are at the Sangoule Lamizana barracks in the capital.

There has been no communication from President Kaboré himself since Sunday night, when he posted to social media congratulating the national football team on their win in an Africa Cup of Nations match.

Amid disruption to the internet, the situation in the capital is not clear, with no statement from either the military or the government.