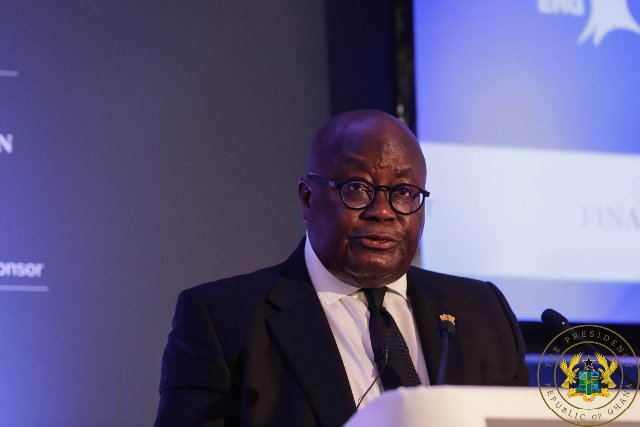 Corruption Fight: No jungle style persecution, allegations must be subjected to law- President

President Nana Addo has reiterated the relevance and his persistence of subjecting allegations of corruption and bribery among government appointees and other public servants to the rule of law. The President denounced that appointees in government need not be persecuted on the basis of allegations until it’s proven through due process and the exercise of the laws of the country.

“It cannot be the case that people are condemned on the basis of mere allegations without law. That is the law of the jungle” the President exclaimed.

He disabused allegations leveled against him by his political opponents of shielding his appointees from prosecution by the state investigative bodies.

“I just have one simple answer for them; it will not work. I did not come into public life to enrich myself” the President stated confidently.

He explained that all corruptions allegations by far, leveled against his appointees have been investigated and or being investigated by independent bodies to bring some truth and exercise justice.

He referenced that allegations include procurement malpractices at the National Youth Authority (NYA) which has resulted in the resignation of its Chief Executive Officer, Emmanuel Sin-Nyet Asigri; buying and selling of government contracts by the Chief Executive Officer of the Public Procurement Authority (PPA), Mr. Adjei Boateng Adjei, who has since resigned; botched takeover of the Electricity Company of Ghana (ECG) by the Power Distribution Service (PDS); Cash-for-Seat allegation among others, as testaments to his unwavering commitment to uphold the fight against corruption in the country.

The President made these remarks at the 2019/2020 Ghana Bar Association Annual General Conference held in Takoradi today.