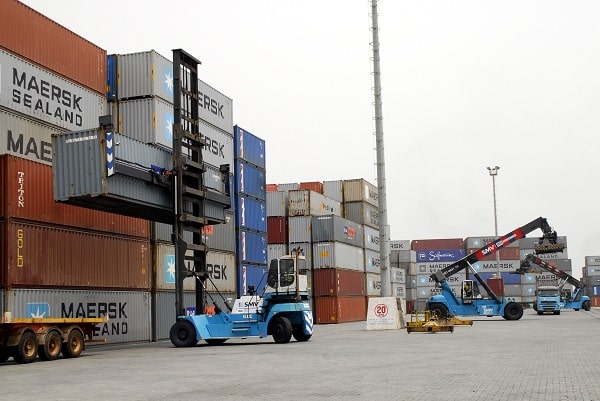 The Customs Division of the Ghana Revenue Authority on Thursday said Cargo Containers cannot be stolen from the country’s sea ports.
The division said “It is virtually impossible for containers to be stolen at the Port under any circumstances.
Mr George Tettey, Chief Revenue Officer in charge of State Warehouse at Customs of the GRA indicated and denied claims of container stealing at Tema Port.

Mr Tettey explained that GRA in collaboration with other government institutions have introduced meticulous procedures at the Port which makes it impossible for any attempt to steal a container feasible.

“We have Customs Preventive as well as Ghana Ports and Harbour Authority security presence at the terminal, so for anyone to say that containers get stolen at the port, is just below the belt accusation,” he said.

He explained that sometimes some importer who might have forfeited their goods after non-payment of duties within the stipulated 21 days’ grace period given for general goods clearance as stipulated in section 53 of the Customs Act 891 may resort to media misinformation.

He therefore advised importers to enlighten themselves on section 53 of the Custom Act 891 stressing that, “many importers think that because vehicles are given 60 days to sit at the Port, all other goods also have 60 days and that is not the case”.

Mr Tettey further urged importers to ensure that all necessary requirements such as fees, charges, import duties and fees of the various service providers in the clearance chain were satisfied on time to avoid having their goods enlisted in the Uncleared Cargo List (UCL).

According to him, it was within the jurisdiction of Customs to deploy the various legal means to retrieve the state revenue when uncleared goods were confiscated under the state warehouse regime.

He added that when forfeited cargoes were confiscated, examination and valuation was done for about a three-month period after which the goods were enlisted and gazetted for public auctioning.

The Chief Revenue Officer observed that within this period, an importer who had lost his uncleared cargo to the state, could apply to Customs through the Commissioner General of the Ghana Revenue Authority to make considerations based on the assessment of the importers’ plea.

The importer, he noted might be granted the opportunity to either begin the clearance process again to clear his cargo where he would have to satisfy the fees of the various service providers in the clearance chain.

According to him, alternatively, in the case where duty payments had been made after forfeiture of goods, the importer could be given a replacement of other forfeited goods of equivalent value.