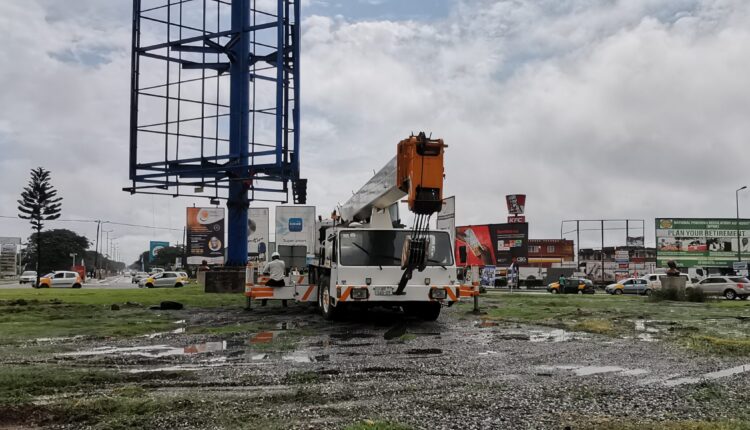 Construction of the PTC interchange in Takoradi, which a sod was cut by Vice President, Dr. Mahamudu Bawumia last year has commenced.

The Vice President, in September, 2020, cut the sod for the construction of the first three tier interchange in Takoradi, to ease traffic flow considerably and shorten travel time for commuters, in fulfilment of the New Patriotic Party (NPP) 2016 campaign promise to provide the Metropolis with better road networks.

The construction of the interchange, which works was expected to begin early 2021, was abandoned which made some residents doubt that the project will ever come to reality.

The Human Resource Officer, Monica Assong, confirmed the development to Skyy Power 93.5FM, that the project, has officially commenced, as the Skyy News crew also went to the site to confirm the development for themselves.

However, Madam Assong made it known that the project is being constructed by Sinohydro, a Chinese state-owned hydropower engineering company which the engineers have already begun to prepare the site for the main construction.

Also, she indicated that, even though they have recruited some locals who will help the engineers in the construction of the project, they are still in the process of recruiting more workers on board to boost man power.

Madam Assong also explained that the machinery and materials needed to complete the project are available which the people of Sekondi-Takoradi will witness a new development soon.