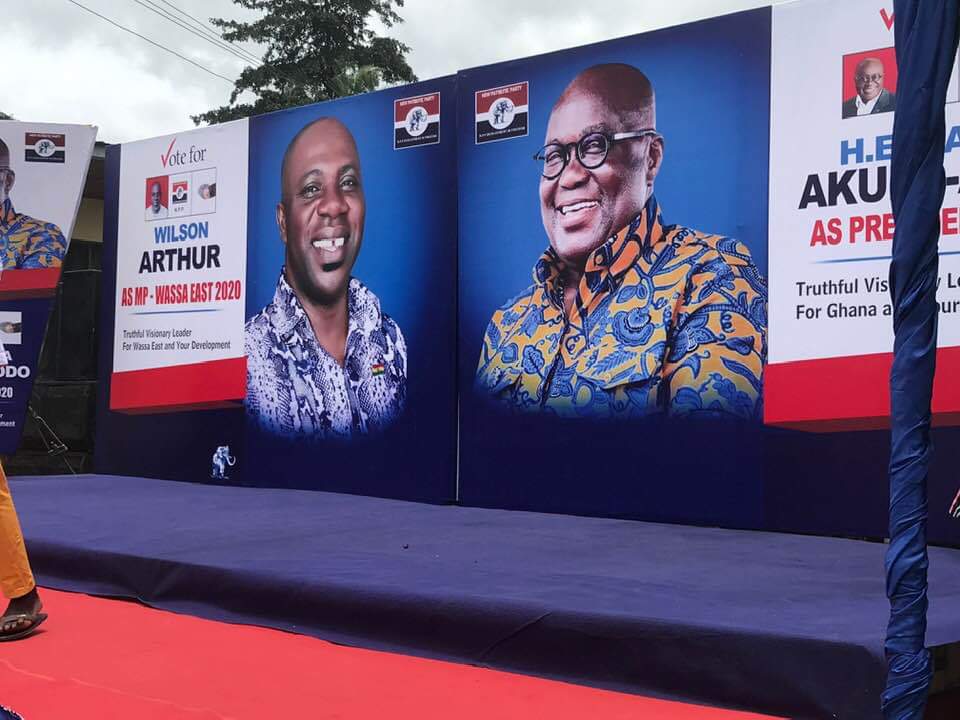 Mr. Wilson Arthur, the District Chief Executive of Wassa East has been confirmed by NPP delegates in the constituency as the party’s parliamentary aspirant for the 2020 parliamentary elections.

A ceremony was today, held in Daboase to acclamate him as the sole candidate for the NPP primaries in the constituency and he was duly confirmed by the delegates relative to the Constitution of the party.

Wilson Arthur had represented the party in the 2012 and 2016 parliamentary elections, losing by six thousand (6,000) and one thousand, eight hundred (1,800) votes respectively against NDC’s Agyei Mensah.

There’s a strong conviction among party faithfuls that the seat will be wrestled from the NDC this time around.

Essikado-Ketan: I am the right person for the job, Dr. Grace...

Police arrest NPP delegate for taking a photo of his ballot