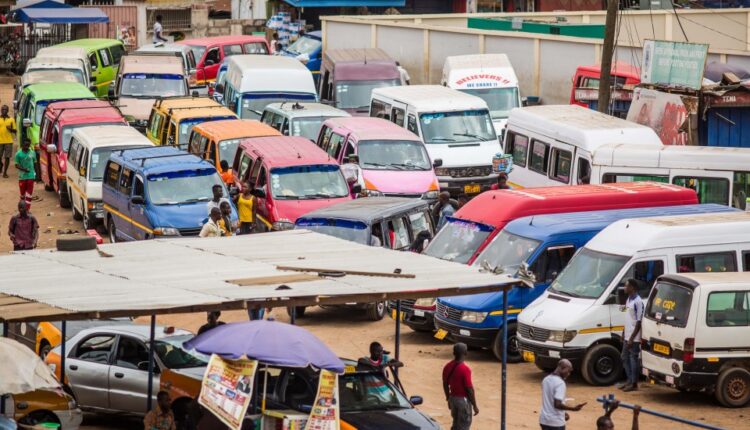 Commercial drivers have suspended their sit-down strike hours after leaving commuters stranded in the early hours and mid-morning of Monday.

The industrial action was to back demands on the government to scrap taxes, levies, and margins on price build-up on fuel and a reduction in the price of fuel – a situation they said was collapsing their businesses

Mr Godfred Abulbire, General Secretary, Ghana Private Road Transport Union (GPRTU), in a statement at about 1100 hours, said the strike had been suspended following an invitation to the Presidency.

“The intended strike action, which was scheduled to take effect today 6th December 2021 has been suspended,” the statement said.

“The leadership of the Union has been invited to the Presidency today. Developments will be communicated to members,” it stated and entreated members to resume normal duties.

The Coalition of Private Road Transport Operators have consistently called on the government to scrap the Price Stabilization and Recovery Levy, Energy Debt Recovery Levy, Fuel Marking Margin, and Special Petroleum Tax, claiming they were the major cause of the price build up.

On Monday, December 06, 2021, the driver unions grounded the vehicles making many, stranded.

“I have been standing here for close to two hours and there seems not to be any hope in sight. I may as well just go back home,” Ms Rita Mensah, a Senior High School Teacher, said.

Drivers who defied the directive of the unions had their vehicles indented by a taskforce.

At Kosoa, taxis were cashing in on the situation as some commuters, who were unable to afford taxi fares, looked on helplessly.

Noncompliant drivers were made to offload passengers midway with the headlights of one driver, smashed.

Around the Kasoa Lorry Station, there was chaos as drivers attempted to prevent tricycle riders from operating.

At Ashaiman, Commercial Motor Riders, popularly called “Okada”, took advantage of the situation to charge exorbitant fares for their services.

Philip Teye Agbovi, an intern at the Tema Office of GNA, said he paid GH¢40 instead of GH¢10 for an Okada ride from Ashaiman Lebanon to Tema.

“Okada riders have taken over now while some drivers were spotted playing football,” he said.
As at 1000 hours, people looking to engage the services of Uber, Bolt, Yango and others, were unable to place orders at Lapaz, Atomic Hill Estates and Adenta SSNIT Flats due to high demand and unusual hikes in fares.