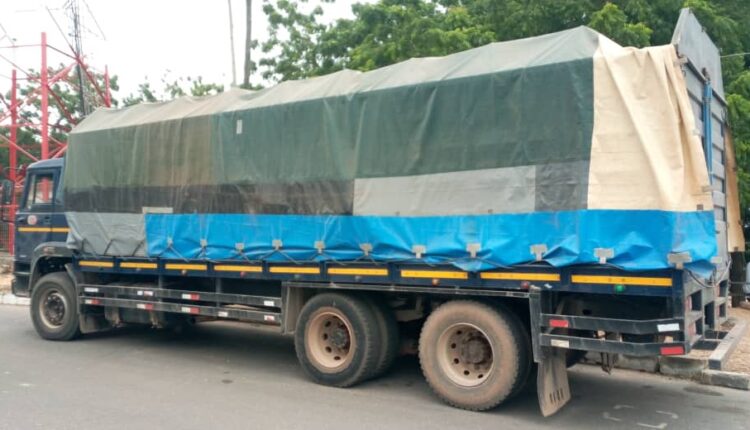 The Ghana Cocoa Board (COCOBOD), has arrested four persons for possessing about 328 bags of ‘Cocoa Eduane fertilizers ‘unlawfully at Samreboi in the Western Region.

According to reports, they had loaded the fertilizers on an articulated truck ostensibly to transport them outside the area to sell to unsuspecting farmers at exorbitant prices when they were arrested.

The suspects have subsequently been handed over to the police for further investigations.

Briefing journalists on the arrest, Charles Amenyaglo, Director, Special Duties at COCOBOD bemoaned the fact that people have unlawfully been purchasing fertilizers delivered to the farmers at highly subsidized rates.

He explained that until they are applied to the farms by the farmers, the owner of the fertilizers is still COCOBOD.

He said the four suspects were hauled before a Takoradi court on Thursday on the charge of causing financial loss to the state.

He however disclosed that even the highly subsidized price of GHc80.00 is not paid by the farmers at the moment they received the fertilizers.