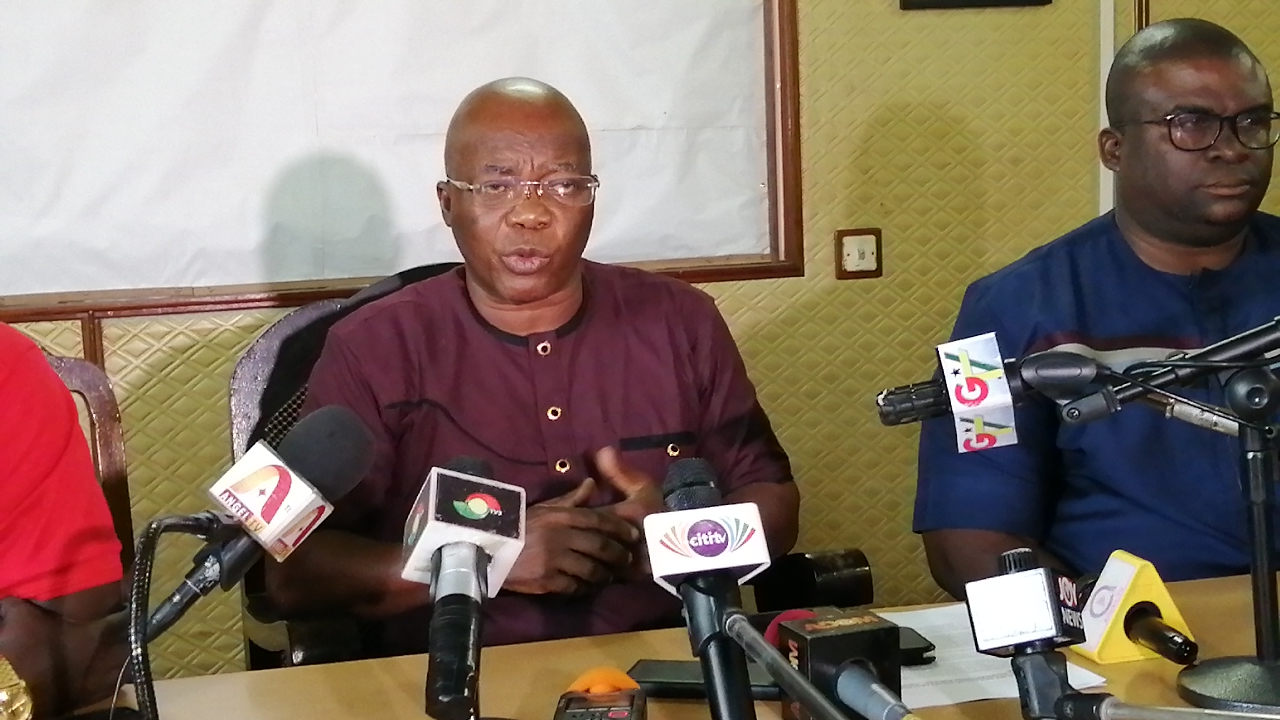 The Ghana Railway Company Limited has rebutted that claims by the Ghana Manganese Company limited of having paid an amount of 10 million dollars to the Ministry of Railway Development for the rehabilitation of the Western Rail Corridor, is unfounded.
The Chief Operations Officer of the Ghana Manganese Company Limited, Benjamin Atsu Quashie on September 17, 2019 during a working visit by parliamentary select committee on Mines, accused the ministry of having failed to provide evidence of work for the receipt of the said amount.

This allegation, according to the Deputy Managing Director of the Ghana Railway Company Limited, Dr Michael Adjei- Anyatei is without any basis. He stated emphatically that no payment or whatsoever has been made by the GMC to the Ministry of Railway Development.

He explained that the said amount as per the contract covered the $4.5 million Employee Fund, and a $350,000 Operational Fund only, and that the larger portion of $5.1 million Rehabilitation Fund for the rehabilitation of the rail lines, repairs on mineral wagons and coaches and other works, was managed by the GMC.

Under the agreement GRCL will payback monies taken by hauling bauxite from GMC over a period of time.

He disclosed that, the GMC has since failed to honour that obligation to warrant payment from the 5.1 million Rehabilitation fund. Dr. Adjei Anyatei reiterated that GMC has no contractual arrangement with the Ministry of Railway Development regarding this project. He questioned the motive the Chief Operating Officer for GMC, Benjamin Atsu Quashie has to make such an unguarded claim.

“It would interest you to know that, GMC never gave any money to the Ministry of Railway Development as portrayed in the publication” he responded to a publication sited on Ghanaweb.

The business case for the rehabilitation project is to increase the tonnage of bauxite hauled via rail the Port of Takoradi for export, and ultimately reduce the destructive impact of road haulage. In view of this, the key component of the $10 million facility provided for an allocation of $5.1 million to under the rehabilitation work. This project was to be executed by the GMC.

Furtherance to which, the GMC awarded the project on contract to UK industrial, railway and mining specialist; Holdtrade Limited. Holdtrade Ltd., begun works on the narrow gauge line from Kojokrom to Tarkwa in June 2018 and was expected to complete work within a six month schedule.

The contract was abrogated due to the poor quality of work executed by Holdtrade Limited. GRCL had to take over the project, rework and save it from a potential cost and time overruns which could have affected their operations badly.

“Since then, the GRCL has been working on the lines with its local capacity”, the Acting Managing Director of the GRCL, John Essel stated.

He added that Holdtrade Ltd had since presented invoices for claim payment, and that has been reviewed by the Rehabilitation Committee, which had a fair representation of all partners to the project. He disclosed that values submitted by Holdtrade Ltd, upon a thorough evaluation was deemed exorbitant.

“As to how much has been paid to Holdtrade has been a bone of contention which we are grappling with. We were never part of the contract between the two of them but when we called for the abrogation of the contract we wanted to find out how much work has been done and money paid” he added.

Mr Essel detailed that an addendum was signed into, to accommodate the changes.

He added that the GRCL’s intervention has result into about 85 percent completion rate of the project, one that witnessed a successful test run with a passenger train on Monday 16 September, 2019.