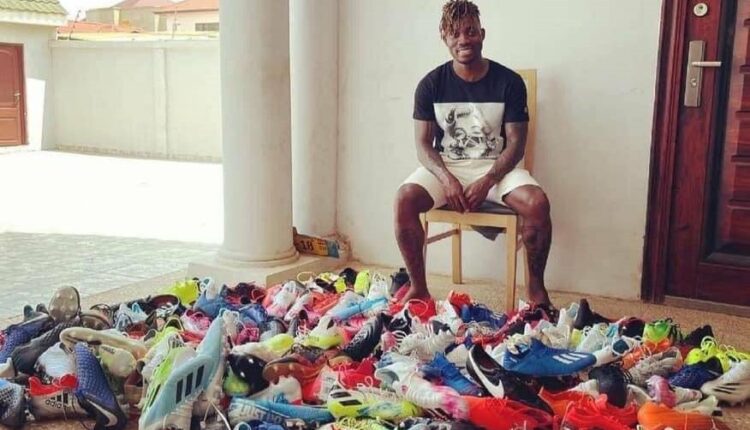 Atsu was signed on a permanent deal in 2017 from Chelsea by former boss Rafa Benitez having spent the previous season on loan with Newcastle and helped them earn promotion to the Premier League.

However, he did not return empty handed to his mother land but brought along dozens of football boots from his team mates and himself to be donated to charity in Ghana. Atsu is well known for his kind heart and charity works in the country as this is just one of his many works.