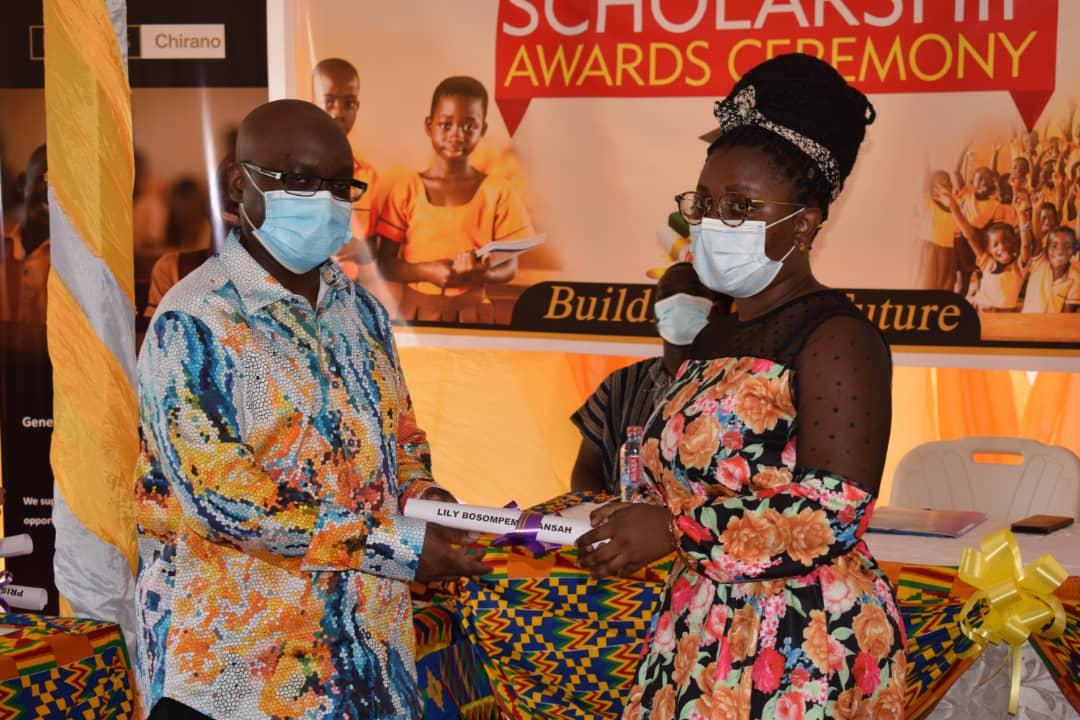 The scholarship was awarded under two Programmes, the General Manager’s Scholarship and the Chirano Sefwiman Foundation Scholarship.

The General Manager’s Scholarship, which is fully funded by the mining firm, was awarded to six high performing students while the Chirano Sefwiman Foundation scholarship went to 24 students.

Mr Terence Watungwa, Vice President and General Manager of Chirano Gold Mine, said the scholarship was another great milestone in the company’s quest to provide support for the improvement of education in its operational area through the provision of infrastructure, teacher incentives and scholarships.

“Chirano Gold Mine Limited recognizes education as an essential element in community advancement. With the company’s vision of using capacity building to change lives for the better. The awards are, therefore, to support, encourage and promote learning and higher education,” he said.

The General Manager said higher education was critical to the socio-economic transformation of every society hence the institution of the scholarship scheme to provide support for the youth in the area.

He announced that the scholarship package covered school fees and academic payments, accommodation and a monthly stipend for the entire duration of the beneficiary’s tertiary education.

This, according to him, was the first of many development Programmes to come from the Foundation.

He said a total of Gh120,000 would be spent on both scholarships this academic year and this would grow significantly as new beneficiaries were brought on board annually. 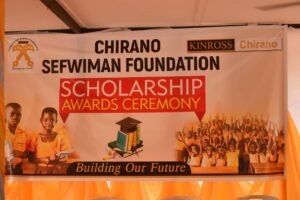 The General Manager advised the beneficiary students to take their studies seriously to justify the amount being spent on their educational Programmes as it was subject to good performance.

“You are a few chosen from many applicants for this opportunity and you have a duty to yourself, family and communities to make the most by continuing to be very successful students.”

He said the emphasis was on the study of science, technology, mathematics, engineering and innovations.

Miss Lily Nkansah Bosompem, a level 300 medical student at the Kwame Nkrumah University of Science and Technology (KNUST) on behalf of the awardees, lauded the company and the Paramount Chiefs of Anwhiaso, Chirano and Wiawso traditional areas for the establishment of the Chirano Sefwiman Foundation scholarship.

She, on behalf of her colleagues, promised to study hard and to give back to society after school and appealed to other corporate institutions in the area to emulate the company to ensure the area’s accelerated development.

Mr Stephen Kwaku Owusu, Western North Regional Director of Education, on his part, expressed gratitude to the company for their immense contribution to the development of education in the area.

He was of the view that if this continued, the region would produce more doctors, engineers, and scientists in the years to come.

He advised the beneficiary students to study and lead exemplary lives for others to follow and appealed to them to come back and help develop the Region after their course of study.