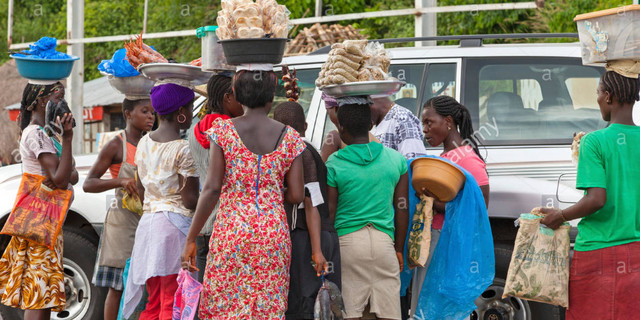 Children are not commodities to be sold in the market: FON leads fight against child labor

Child labor has over the years been regarded as one of the challenges confronting the world. It is described as children under the age of eighteen years who are engaged in hazardous activities that tend to compromise their Social, Mental, physical, and educational development.

Some of the activities these children are subjected to include mining, farming, hawking, domestic duties, fishing, and many others. It is estimated that almost one in ten of all children are engaged in some sort of child labor worldwide. Parents of these children mostly live in poverty-stricken communities and survive through the labor of their children.

It is a common sight to see children under the age of eighteen hawking in traffics across the country. Some have become conductors in trotro vehicles with others engaging in illegal mining activities. In a recent report by the Friends of the Nation (FON), an NGO based in the Western Region, children as young as four years are forced into fishing on the Volta Lake which mostly leads to trafficking. The dangers attached to these forms of child labor are enormous. For instance, some of these children who work in cocoa farms sustain various degrees of injuries through the use of sharp objects.

But we can all come together and end Child labor. Friends of the Nation (FON), an NGO based in Sekondi Takoradi has indicated that Children are not commodities to be sold in the market. As the world marks the occasion of child labor, the organization indicates that slightly more than one in four children in Ghana are engaged in the act.

They indicate that activities that these children are subjected to include, fishing, mining, farming with toxic agrochemicals, and many others. Such activities are prevalent in the Central Region, Wassa, and Volta Lake.

Managing Director of the FON, Mr. Donkris Mevuta indicates in an interview that it is about time issues of child labor are critically examined by actors. He indicates that the Fisheries Commission must urgently implement the anti-Child Labor act in the fisheries policy document.

“Child’s rights are human rights. Children are humans and not commodities to be traded it. They have the right to develop, live, and be protected against harm, exploitation and, abuse as enshrined in the UN convention on human rights of the child, the children’s act, and all other protocols. All players need to collaborate and improve the well-being of children”. He indicated.

An anti-Child Labor act (CLaT) has been developed and the Friends of the Nation is calling for its urgent implementation for the child to be protected.