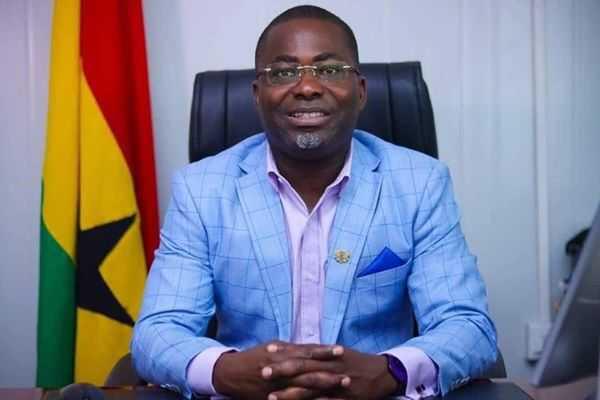 The Western Regional Secretary of the ruling New Patriotic Party (NPP), Charles Onuawonto Bissue is advocating for stricter measures to bar Chief Executives of State-Owned-Organisations from contesting sitting and performing parliamentarians within the party.

He justified that allowing such contests will be at the detriment of the government, particularly at these challenging moments of the 8th Parliament.

He proposed that CEOs of SOEs should only be allowed to contest an election after resigning at least two years before nominations.

In an interview with Skyy Headline News, Mr Bissue explained that the only exception the party may need to consider is when a “person’s votes is depreciating.”

He argued that the party’s rule barring District Chief Executives and party executives from contesting an incumbent parliamentarian of the party must be extended to CEOs of the state organisations. He added that allowing such a contest could cause MPs who feel threatened by these situations to absent themselves from parliamentary duties and thereby grant the opposition an upper hand to frustrate the government’s agenda in parliament.

“In this day and age with 2024 ahead of us, I am advocating that a CEO resigns two years before the election. DCEs are not allowed to contest parliamentary elections, same with the regional Secretary and others.

The rationale was that the party officer’s place is in the constituency and the MP is parliament. Allowing the party executive to contest the sitting MP will make the latter unproductive.

“If we are not allowing a DCE, party secretary, or treasurer to contest elections where there is a sitting MP, why should there be an exception for CEOs. Around this time, with Adwoa Sarfo’s situation…you know what is going to happen? An MP will say he’s going to stay in the constituency and not come to parliament. Who suffers?” he questioned.

He recounted that some people had wanted him to use his position as a Presidential Staffer to unseat the Member of Parliament for Ahanta West, Ebenezer Kojo Kum. According to him, he found no logic in that call and questioned the motive behind that.

“Some time ago during my service as Presidential Staffer, somebody urged me to contest Kojo Kum [MP- Ahanta West, Minister for Chieftaincy and Religious Affairs]. I replied that should it be the case that the MP can be a Presidential Staffer, I will go and contest him. We are in the same political party, and we have elected and appointed positions… we see a CEO of a state organization threatening to unseat an MP within the party. Why?”

These comments were in response to a text message reportedly sent by a Chief Executive to the host of the show, Don, that he is furious about some events unfolding in his constituency. According to the text, the unnamed CEO has an interest in contesting the incumbent [an NPP MP] in that constituency.

Lessons from the Past

In 2008 when the John Agyekum Kuffour administration was about to exit, some Chief Executive Officers of state organisations exploited their office to pursue parliament ambitions. This was partly responsible for the losses the NPP experienced at that time.
The infamous skirt-an-blouse voter pattern became very profound during the election.


A similar threat surfaced in 2020. Arguably, the seemingly hung parliament we have today after the NPP lost over 30 parliamentary seats could be attributed to this issue.