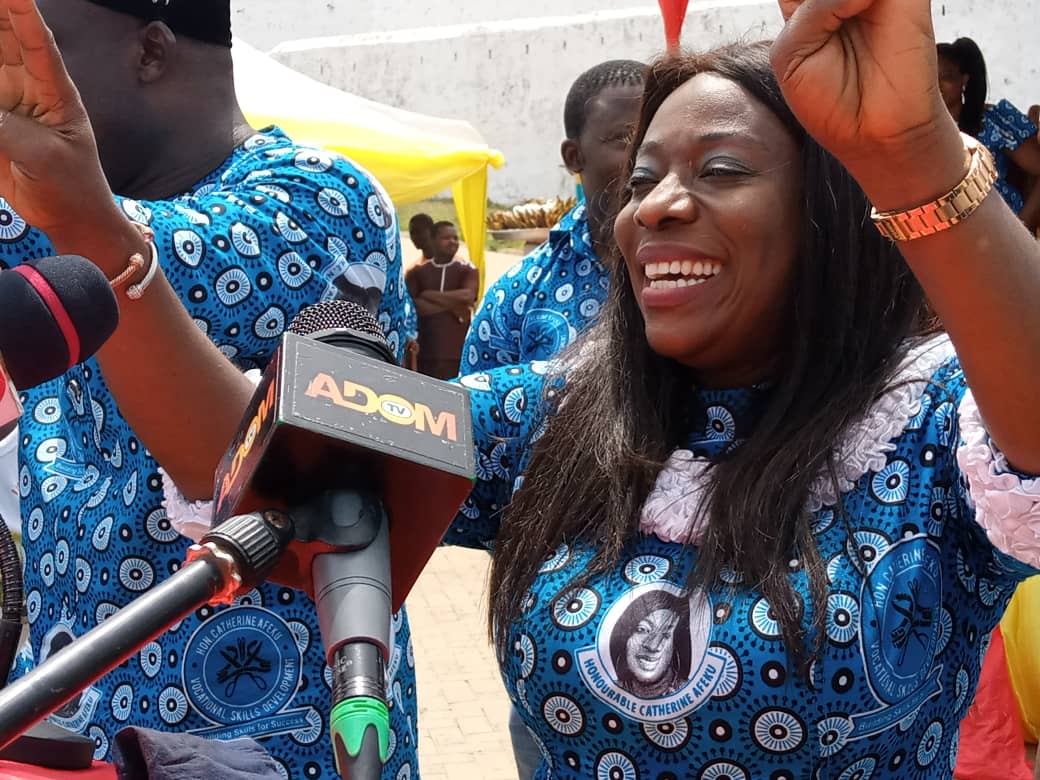 The youth in the Evalue-Ajomoro-Gwira Constituency have been granted an opportunity to acquire free vocational and technical training, courtesy an initiative by the Member of Parliament for the area, Catherine Ablema Afeku. The legislator as a matter of need, and with some conviction of improving the human capital via skills training, has dedicated portions of her common fund and other resources to finance the training of five hundred young persons in various trade areas.

The training offered beneficiaries covered hair dressing, dress making, cosmetology and many others.

Hon. Catherine Afeku at the inauguration of the training programme for these beneficiaries last Saturday, explained that the initiative begun in her early parliamentary life.

“As a member of parliament it is one of the cardinal principles to give skills training to the young people. So this initiative came as a result of part of my vision to help my constituents. It is not the first time I’m doing this. When I first entered parliament 2009 we did experiment with putting 22 people into skills training. And of all the 22 they have become masters now and they are part of the program. And now they have children their training. In 2012 I did the same thing. We had about 40 of these young people. And because we lost the election some of them fell to the wayside. But I felt strongly that it was a vision that could be sustained. So when I was re-elected in 2016 I sat down with the MCE and we had a focus group with masters and madams in the area and ask them what they thought we could do” she narrated. 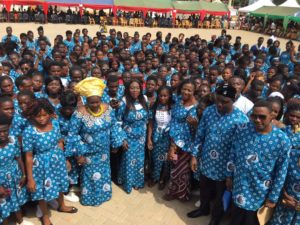 She disclosed that trainers and stakeholders after a review of the program recommended an extension, to cover a total of 3 year intensive training for beneficiaries.

“They said we should do a three year program where we should distribute the children to them in the shops so they will supervise them. And from that day, it was February 28 2019, we started this program and 500 children young people and now enrolled successfully with one hundred and sixty four madams and masters. And it has been successful. Even those who got pregnant throughout the year have the babies and they are still training. What I’ve been encouraging them, is just because you had a child does not stop you from learning as much as we try to curtail teenage pregnancy. It is a reality. But we push them to still acquire the skill and become self-sufficient” she noted.

Hon. Afeku believes the opportunity granted beneficiaries, particularly, women will wean them off the dependencies on men, families, and further enhance their self-esteem.

She said; “I’m doing it because we have to pass it on. The future belongs to the youth. I’m doing it because the NPP as a party and as a government we believe in training and to give people skills. And I’m doing it because I’m a woman. And when I empower a woman it makes her a solid partner in her marriage in her future. So she’s not dependent on a man to do everything for her. When a woman goes into a relationship with a support mechanism she is respected and she has a way to be financially sufficient. So those are the principles that support my vision.

Going forward, the programme will include training for beneficiaries in mechanics, masonry and other technical skills. Hon. Afeku entreated other parliamentarians to learn and replicate the initiative in their respective constituencies, adding “if every member of parliament humbly will take up to 250 kids times 275 will make more impact so that the lower strata who are not doing tertiary education will take TVET as formidable skills learning avenue”